As you would have guessed, the Intro is a standard GTX 680 with 1006MHz base, 1058MHz Boost and 2GB of GDDR5 memory set at 6008MHz and paired up with a 256-bit memory interface. There will be only one SKU in this series featuring a reference design with EVGA sticker slapped on top of it.

SuperClocked will be released with five different SKUs - standard SC, SC + Backplate, SC Signature, SC Signature + Backplate and SC Signature 2. Unfortunately, as it is the case with the rest of the lineup, the base, boost and memory clock are yet to be disclosed. Only thing that we can currently see is that Signature edition will have a different looking cooler and backplate, as well as 8+6-pin power connectors and 5-phase VRM. The EVGA Signature 2 will be apparently based on dual-fan design.

The GTX 680 FTW lineup will also be available with two different SKUs, as standard FTW and as GTX 680 FTW 4GB. As the name suggests, the second one will feature 4GB of memory. The FTW edition apparently features the same cooler as the SC Editon but much beefier 8-phase VRM with same 8+6-pin PCI-E power connectors.

The EVGA GTX 680 Classified will have a single SKU and according to first details we are looking at a beast card. Currently, listed details include 4GB of memory, 8+8+6-pin power desing, 14-phase VRM and OC BIOS mode.

Unfortunately, the main question here is availability. We are quite sure that most partners are preparing their own non-reference versions but neither them or EVGA have a precise date regarding the availability of those models. Of course, EVGA has been quite keen in announcing these models and we certainly hope that we'll see more details regarding that Classified model.

You can check out the full EVGA GTX 680 lineup here. 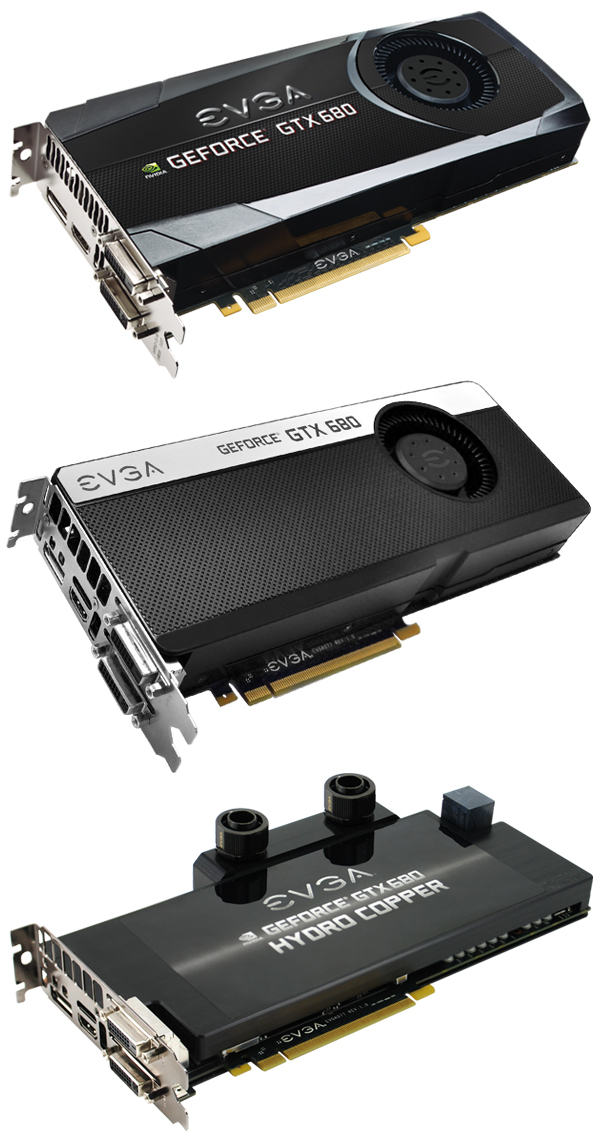 Last modified on 22 March 2012
Rate this item
(0 votes)
Tagged under
More in this category: « Nvidia officially launches GTX 680 MSI launches its own GTX 680 graphics card »
back to top