The new LC R7970 Lightning is most likely based on the same top of the notch PCB seen on the "plain" R7970 Lightning card and replaces the TwinFrozr IV cooler with EKWaterblock EK-FC7970 Ltg water block. The block itself is made of huge copper slab and acetal panel. It will be only available in acetal version but will allow reinstallation of R7970 Lightning stock backplate.

It is still not clear if we will only see a water block, which should be available at EKWB.com on 27th of July, or MSI actually plans to sell the LC R7970 Lightning card as well.

In any case, with this water block, MSI R7970 Lightning will surely achieve much higher overclock when compared to air cooling, despite the fact that the TwinFrozr IV is one impressive air cooler. 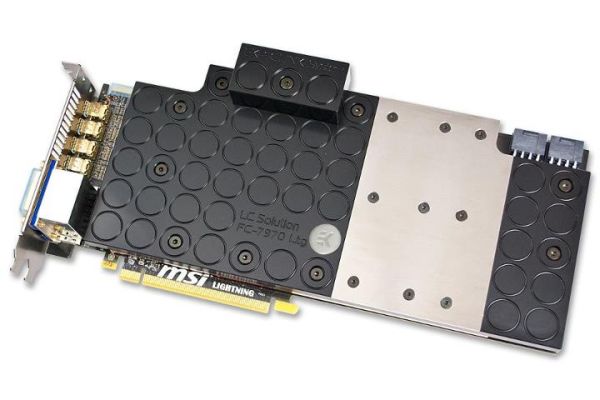 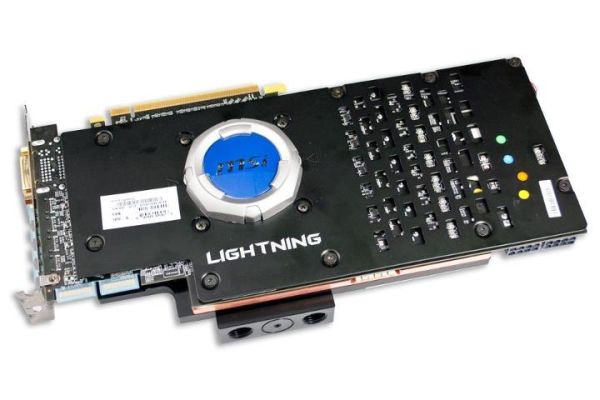 Last modified on 19 July 2012
Rate this item
(0 votes)
Tagged under
More in this category: « Eurocom adds Quadro K5000M to its Panther 3.0 notebook Nvidia releases "A New Dawn" tech demo »
back to top