Smart TVs are expected to finally take off next year, with Google TV sets from several vendors and Apple’s “iTV” or whatever Cupertino decides to call it.

LG is already trying to get some coverage for its 2013 lineup, set to launch at CES. The company will deliver seven different models, five GA6400 series sets in 42- to 60-inch sizes, along with two GA7900 models, with 47- and 55-inch Cinema Screen panels. Cinema Screen is basically LG’s moniker for high end panels with incredibly small bezels.

Both series will feature LG’s Magic Qwerty remote and the worst couch potatoes around will be catered to with voice recognition controls. I wonder how that thing will work out when confronted with angry, old white people yelling at Obama.

There’s still no word on the ARM hardware or the actual version of Android behind the sets. When dealing with LG gear, the OS version is rather important, since the company has a terrible track record when it comes to updates, at least as far as its phones go. 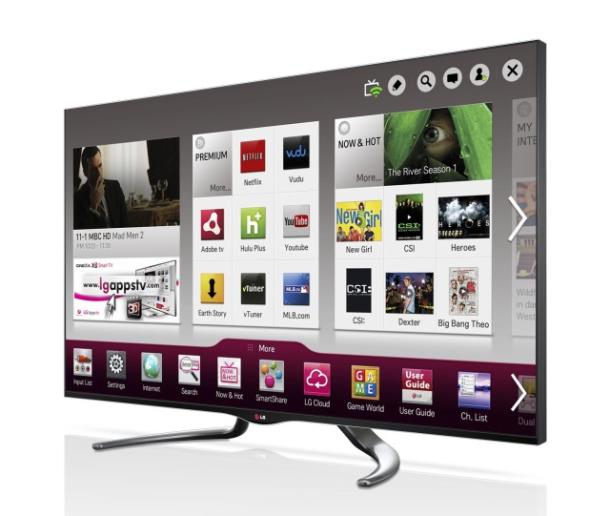 Last modified on 24 December 2012
Rate this item
(0 votes)
Tagged under
More in this category: « Apple anti-Samsung patents unravelling Instagram sued »
back to top