According to a report, the new R7 250X graphics card is based on the 28nm Oland GPU and should pack 640 Stream Processors, 40 TMUs and 16 ROPs. It should be available with 1GB and 2GB of memory and feature a 128-bit memory interface.

If you take a look at the specs, it is quite easy to guess that this is merely a Radeon HD 7770 rebrand, which we managed to confirm with our sources. This is also the sole reason for which we have pictures of these graphics cards so early before the launch.

According to Videocardz.com, the "new" R7 250X should end up with a GPU clock of around 1GHz while memory should be clocked at 4.5GHz, which is also in line with most Radeon HD 7770 GHz Edition graphics cards currently selling on the market.

We will most likely see these graphics cards with a similar price tag of around €90.

You can check out more pictures over at Videocardz.com. 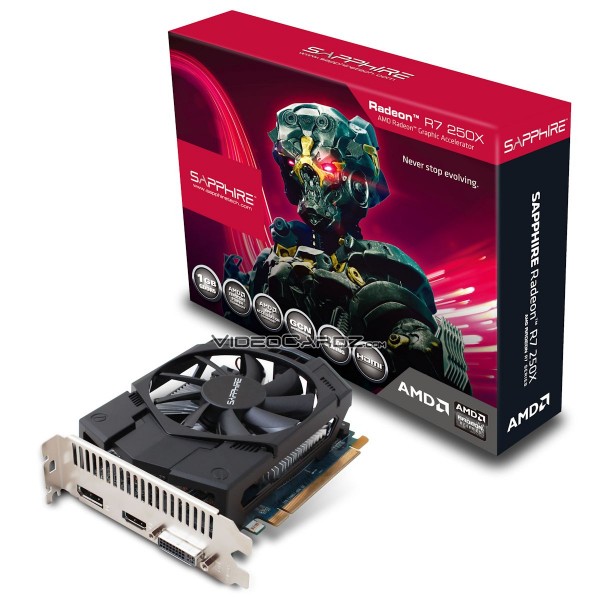 Last modified on 08 February 2014
Rate this item
(0 votes)
Tagged under
More in this category: « Nvidia's GM107 Maxwell GPUs pictured Powercolor launches its own R7 250X »
back to top