As the information technology industry sails off to a smooth transition into a new year, LG Electronics decided that it wanted to be the first to announce a major technology feats of 2012. The company took no hesitation in officially announce the world’s largest OLED TV panel, complete with a ridiculously thin profile, trend-setting color clarity and a list of other features unique to organic light emitting diodes. The 55-inch television set, manufactured by LG Display, is based on organic light-emitting diode (OLED) technology and is expected to be the first “mainstream” product offering for consumers who are stuck contemplating between LED-backlit LCDs, traditional LCDs and plasma technologies. 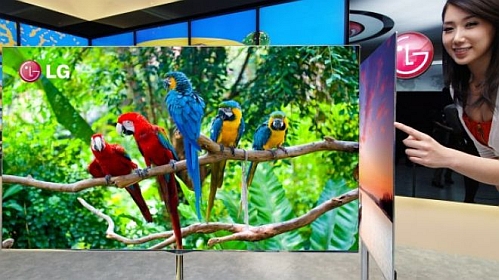 The LG 55-inch OLED display comes with a remarkable profile of just 4-mm in thickness (or “thinness) and weighs a mere 16.5 pounds (7.5kg). In comparison, two gallons of water weigh in at 16.7 pounds (7.57kg), or 8.35 pounds (3.79kg) each if carrying two one-gallon containers. Nevertheless, LG claims its image processing features combined with the W-OLED panel produce "the most natural colors of any TV set" and at a "much lower price point" than OLED panels of this size would traditionally command, and its Color Refiner helps ensures consistent color across a wider viewing angle.

The new TV will be officially unveiled to the public at the Consumer Electronics Show in Las Vegas next week, where we will be grabbing shots of the ultra-thin profile and clarity of this promising beautiful product. Tim Alessi, director of home electronics development at LG’s United States division, has said that the 55-inch OLED will likely go on sale in Q4 2012. Pricing and availability information is yet to be released, but we can expect more information regarding color contrast ratios, pixels-per-inch, backlight brightness and pixel resolution at the show next week. 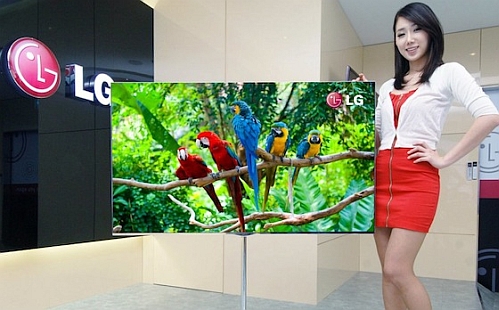