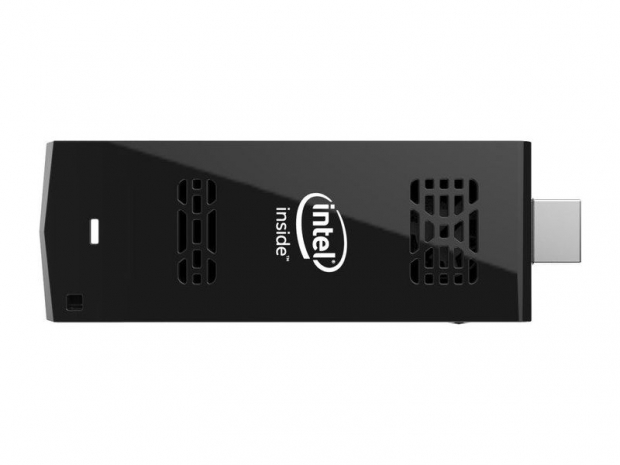 In Linux and Windows 8.1 flavours

The Intel Compute Stick is coming to Europe and retailers expect to have it in stock by mid-April, but it's a bit pricier than expected.

We talked about the Compute Stick back in January, shortly after Intel showcased it at the Consumer Electronics Show in Las Vegas.

The device is basically an oversized HDMI dongle with a Bay Trail Atom SoC inside. The stick is based on the Atom Z3735F, with a base clock of 1.33GHz. This is perhaps the most common of all Atom Z3000 parts and it hardly needs an introduction. There’s 32GB of on-board storage, 2GB of RAM, and that’s about it.

The device has one full size USB 2.0 port for peripherals and storage, one micro USB port which serves as the DC power input, and a microSDHC slot for added storage. The Intel Compute Stick features 802.11b/g/n wireless and Bluetooth 4.0, so you should have no trouble hooking up a Bluetooth desktop or airmouse.

The Intel Compute Stick will be available in two flavours. The pricier ships with Windows 8.1 Bing Edition (32-bit) and it’s priced at about €180, which doesn’t exactly sound like a bargain and is a bit steeper than we expected. The Linux version comes in at about €120+, but we still don’t know what sort of Linux distro is on it.

While we really like the idea of an ultra-portable PC on a stick, either as a portable office backup or a media streaming device, we hoped significantly lower pricing. A number of Chinese vendors are already churning out similar products for about $100, complete with Chandler Bing Edition Windows. We're not sure paying such a big premium for an Intel-branded device is worth it.

Last modified on 20 March 2015
Rate this item
(12 votes)
Tagged under
More in this category: « Supermicro has a gaming PC Acer Revo One RL85 shipping in Europe »
back to top