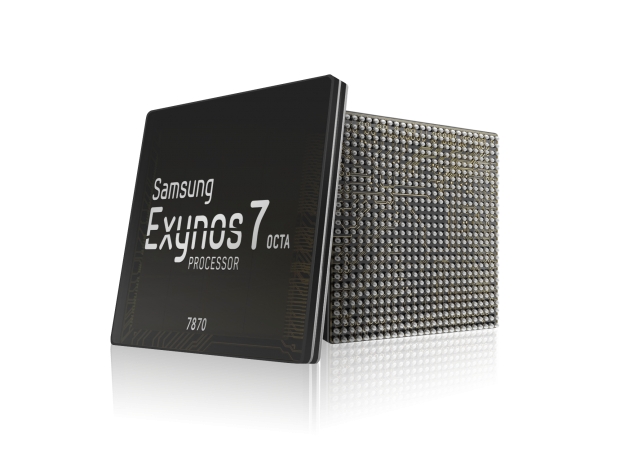 “With increased performance and power efficiency, we anticipate widespread adoption of our new Exynos 7 Octa 7870 into mid-tier mobile devices,” said Ben K. Hur, Vice President of System LSI marketing, Samsung Electronics. “Consumers will experience enhanced performance as this is the first time a mobile application processor built on advanced 14nm process is available for these types of smart mobile devices.”

According to some early benchmarks released February 1st, Samsung’s Exynos 7 Octa 7870 will be featured in the second-generation Samsung Galaxy J7 (2016) midrange smartphone with clock speeds up to 1.70GHz, according to the two tests. In GeekBench 3.3.2 running on Android 6.0.1 Marshmallow, single-core performance is 793 while multi-core performance is 4,368. The device is also shown to be running an ARM Mali-T830 GPU.

Samsung’s Exynos 7 Octa 7870 will begin mass production in the first quarter of 2016, and we expect the first devices to be announced next week at Mobile World Congress 2016 in Barcelona.