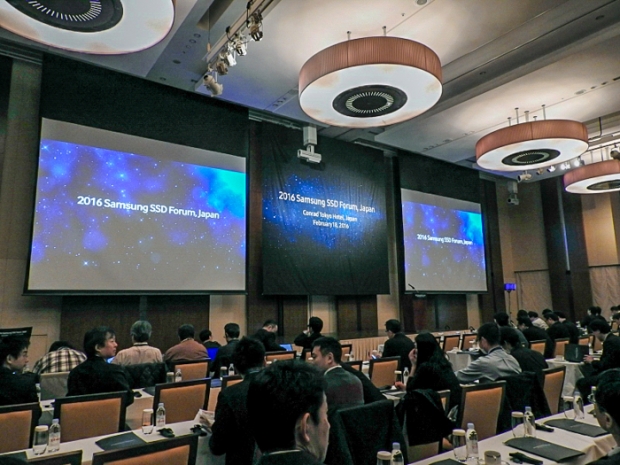 Up to 3,200MB/s sequential reads, based on Polaris controller

During Samsung’s 2016 SSD Forum in Japan, the company unveiled some new top-tier successors to its 2014 flagship XP941 and 2015 flagship SM951 for OEMs and system designers.

The new NVMe-based M.2 line of PCI-Express SSDs, using 3D V-NAND and a new Samsung controller, promise increases in sequential read performance between 3000 and 3,200MB/s and significantly boosted random write performance up to 480K IOPS, and are expected to ship inside PCs during the second half of 2016.

The Samsung SM961 and Samsung PM961 are the company’s first drives to use its new Polaris platform, based on M.2-2280 form factor with a PCI-E 3.0 x4 interface and the NVMe (Non-Volatile Memory Express) protocol. It’s anyone’s guess why the South Korean company chose the name “Polaris” for its controller technology during the same year that AMD is releasing a new high-performance GPU architecture based on the same name, but thus far the company has not revealed too many details except for surface-level specifications, namely the NAND technology it is using, read and write performance, and capacity sizes. 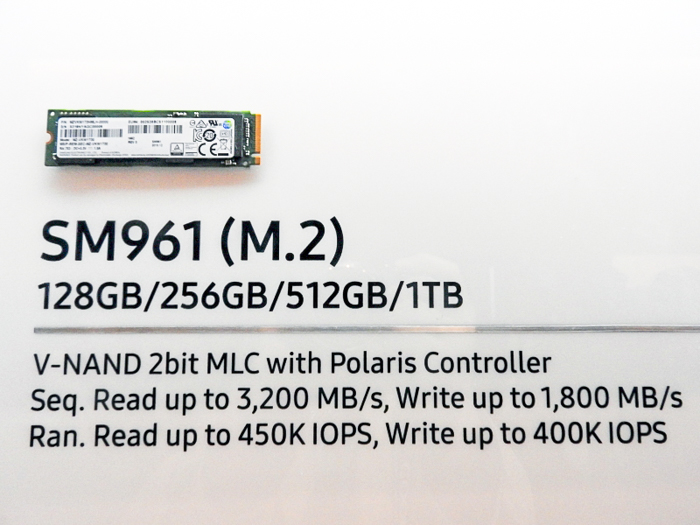 The SM961 will become Samsung’s top-tier M.2 SSD for OEMs and system builders and will come in sizes of 128GB, 256GB, 512GB and a new option of 1TB. It is based on the company’s 2-bit per cell 3D V-NAND MLC flash technology and will be capable of up to 3,200MB/s sequential reads and 1,800MB/s sequential writes, random reads up to 450,000 IOPS and random writes up to 400,000 IOPS. Samsung has not specified which models will be able to achieve these speeds, but we are looking at up to 49 percent more sequential read performance and up to 16 percent more sequential write performance than the SM951 512GB from 2015 based on Samsung’s UBX controller.

As AnandTech notes, the SM961's 3,200MB/s sequential read speed gets closer to the theoretical maximum of PCI-Express 3.0 using 4 channels (~3.94GB/s, after factoring in overhead). Four PCI-E lanes are the maximum allowed by the M.2 SSD standard, meaning performance limitations for OEM M.2 drives are once again going to be reached in a matter of time in much the same way they were reached for SATA interface standards. Eventually, the M.2 standard will adopt PCI-Express 4.0, which doubles the bandwidth from PCI-Express 3.0 and is expected to be finalized sometime next year. 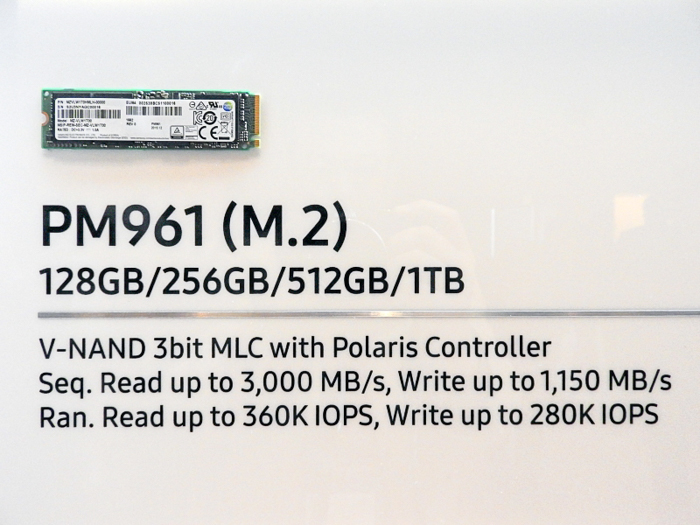 On the other hand, the PM961 will become a slightly more affordable M.2 NVMe SSD for OEMs and system builders, replacing last year’s PM951 and will be replacing traditional TLC NAND flash with 3-bit per cell 3D V-NAND TLC. The drive is also based on the new Polaris controller and will be capable of up to 3,000MB/s sequential reads and 1,150MB/s sequential writes, random reads up to 360,000 IOPS and random writes up to 280,000 IOPS. This translates to almost three times more sequential read performance and almost double sequential write performance over the PM951 512GB from last year.

The company's SM961 and PM961 should become available to OEMs and system builders beginning in the second half of 2016. 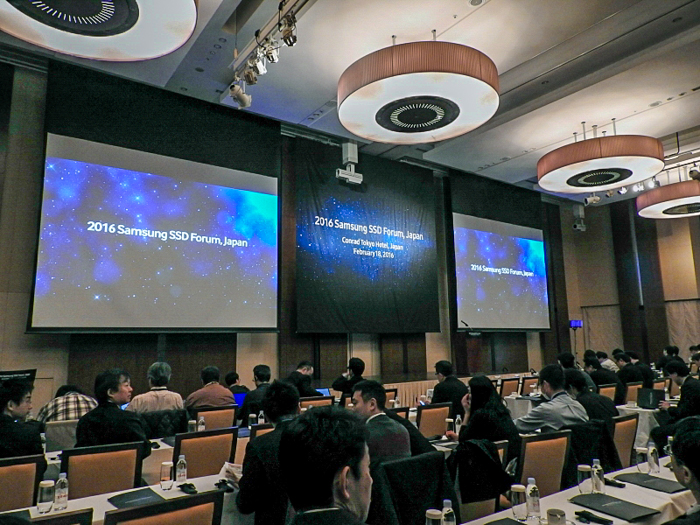 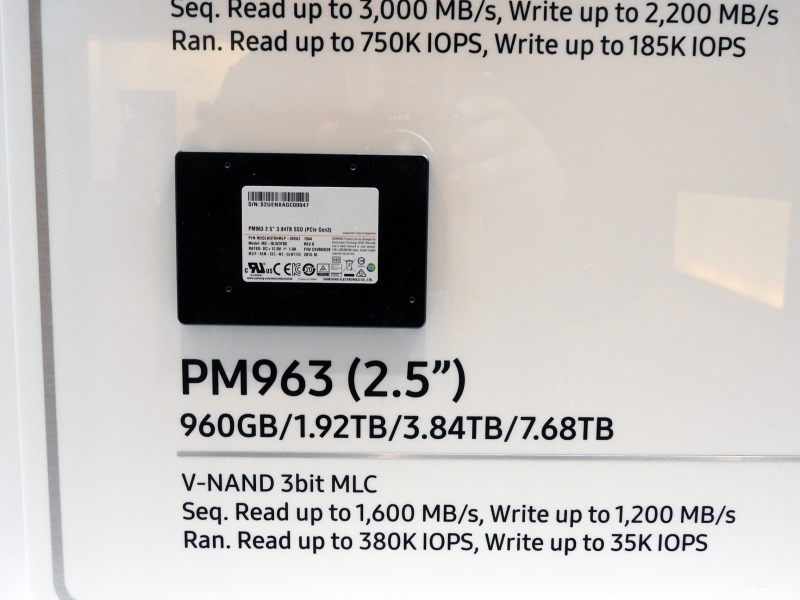 During the 2016 SSD Forum in Japan, the company is also introducing the PM963, a successor to the enterprise 2.5-inch NVMe-based PM953 PCI-E 3.0 x4 SSD announced back in August 2015 that topped out at 1.92TB. The new PM963 now adds two new storage sizes at 3.84TB and 7.68TB respectively. The drive will use Samsung’s 3D V-NAND on a 3-bit MLC process and will feature sequential reads up to 1,600MB/s, sequential writes up to 1,200MB/s, random reads up to 380,000 IOPS and random writes up to 35,000 IOPS. These drives are expected to be used in high-performance scalable computing applications with support for Samsung’s reference NVMe JBOF architecture. An example was demonstrated last year with 24 Samsung PM953 SSDs bearing 184TB of storage and delivering up to 5 million IOPS of throughput. As for the new PM963, the company has yet to announce pricing or a launch date.

Last modified on 24 March 2016
Rate this item
(3 votes)
Tagged under
More in this category: « PS outsells Xbox one by a million units in the UK Samsung PM971 is company's first BGA SSD »
back to top