Robots will soon commit more crime than anyone else 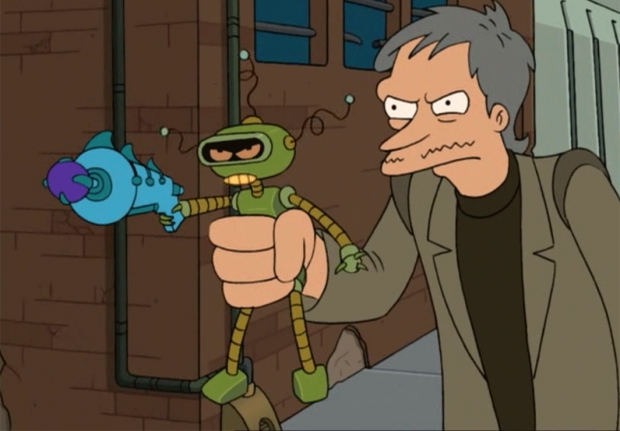 By 2040 they will be the best criminals

Boffins have been shuffling their electronic tarot cards and reached the conclusion that by 2040 the people committing the most crimes will be robots.

Tracey Follows from The Future Laboratory, which helps businesses plan for the future through its research and consultancy experts, has been looking at the matter after more and more robots could be used in industries replacing humans on jobs.

Follows, chief strategy and innovation officer, said that Futurists have been forecasting a sharp rise in lone-wolf terror attacks for years.

“But once robots can be hacked to become suicide-bombing machines, lone-robot attacks could become rife too,” she warned.

Follows is not really a sci-fi writer. Her work in telecoms, technology, retail and media  has helped to shape the future strategies of brands such as T-Mobile, BT, O2, EasyJet and John Lewis.

She said that artificial intelligence and machine-learning could let robots  self-program criminal activity.

"My forecast would be that by 2040 more crime will be committed by machines than by humans," she commented.

Experts have been warning that as more and more robots replace humans in jobs the future could see problems when their programs are hacked or they go rogue. Now it seems that even when you are being mugged, the robot could be the perpetrator.

Last modified on 09 September 2016
Rate this item
(4 votes)
Tagged under
More in this category: « TSMC to begin 7nm volume production in Q1 2018 VR movie wins an Emmy »
back to top