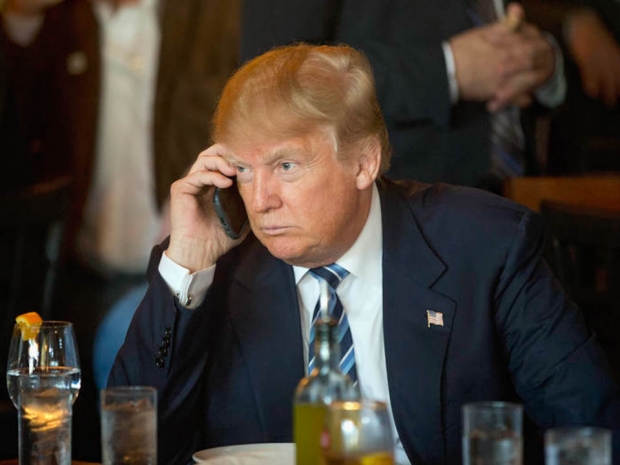 In the four weeks since the current US presidential administration took over Washington D.C., White House staffers and a myriad of policy executives appear to be using specific end-to-end encryption apps on their mobile devices for leaking confidential information without leaving any evidence of paper trails.

While the leaks that have resulted so far have not managed to significantly disrupt much of the administration’s reputation among connected media elites or conducted a systematic teardown of confidence within the intelligence community, the tidbits of information flowing in have prompted a large number of Republican operatives on to ensure they now have at least one untraceable communication method available in their briefcases. Some have targeted small happenings around the White House, including how Trump spends his solitary hours. Others last week have posted details concerning confidential telephone calls with other prime ministers and presidents, illegal contacts between national security officials and Russia, or even top management decisions behind the latest Supreme Court nomination process.

Since the situation in July 2013 surrounding Edward Snowden’s reveal of the largest targeted national information breach on record, the use of end-to-end encryption apps and platforms has become much more commonplace among press circles and investigative journalists for working around the Obama administration’s largely expanded U.S surveillance infrastructure that had been led between the NSA and 16 other agencies up until the final month of his second term.

Many are quick to note that the sudden interest in secure communications may be related to the president’s ongoing attacks against the intelligence community, or simply the noticeable volume of civil unrest surrounding the new administration by a mix of low-income, largely diverse, and affluent activist cities and communities across the country.

The latest mobile end-to-end encryption apps being offered now offer features such as disappearing messages, anti-screenshot technology, and host completely unfiltered off-the-record conversations. Now that the President Trump, his family and his White House executives have been communicating through such an application despite his controversial use of an outdated Android device, political groups have raised a whole host of legal questions regarding their use within the requirements of existing federal law.

In 2013, a secure app called Confide was launched for executives looking to exchange small bits of classified information without having concern for leaving data trails. With a user interface reminiscent of a standard Notes app, the company uses an anti-screenshot mechanism to conceal an entire message’s contents by default except for the first line, permitting a user to swipe his or her finger over the selected text to read the contents of the message in individual segments. Once the message is read, is then permanently deleted and unable to be restored. As for protocols, the encryption is based on the PGP standard, while the network transmission standard relies on TLS.

Because the White House and the president now communicate through “military-grade end-to-end encryption” using closed-source and proprietary methods, no one outside of the company is able to see what data packets are being transferred behind the scenes. Company CEO Jon Brod has also not revealed whether the company has or is ever willing to expose its code base to independent audits by third-party groups.

But according to David Vladeck, a communications and technology law researcher at Georgetown Law School, the apps being used by White House staffers raise concerns about the administration’s compliance with two federal laws enacted in 1950 and 1978 – the Federal Records Act more broadly and the narrower Presidential Records Act. The first act requires each federal agency to establish an ongoing records management program and cooperate with the National Archives and Records Administration (NARA), while the second mandates the preservation of all presidential and vice presidential records received after January 20, 1981. The PRA places responsibility of all presidential records with the incumbent president, while also allowing for the disposal of records that no longer have “administrative, historical, informational, or evidentiary value” after consulting with NARA’s chief official.

“The whole point of these statutes is to assure that our nation’s history is neither lost nor manufactured, and the kinds of apps that obliterate the messages are completely incompatible with that and at odds with the law.”

If this situation isn’t at all reminiscent of the confidential email server ordeal magnified in this past primary election season and including names such as Hillary Clinton, Colin Powell, top staffers for Condoleezza Rice, Kellyanne Conway, Jared Kushner, Sean Spicer and Steve Bannon among anyone else, then it probably also isn’t clear that the use of end-to-end encrypting apps may be contributing to the obliteration of the historic national archives. Yet as Wired.com notes in its own report, the use of end-to-end encrypted communications is still compatible with existing public disclosure laws, so long as at least one group retains the decryption key.

As some transparency advocates have pointed out, the same technology that exposes secrets also enables them to be concealed, and this is currently a tension that has not been easily resolved. Strong security for government encryptions is necessary for the sake of national defense and the transfer of information to intended recipients, but unless there is a way to archive these encrypted communications from individual applications, there is no way to guarantee their preservation in national archives at a later date.