Jeff Bezos is now the second richest person in the world 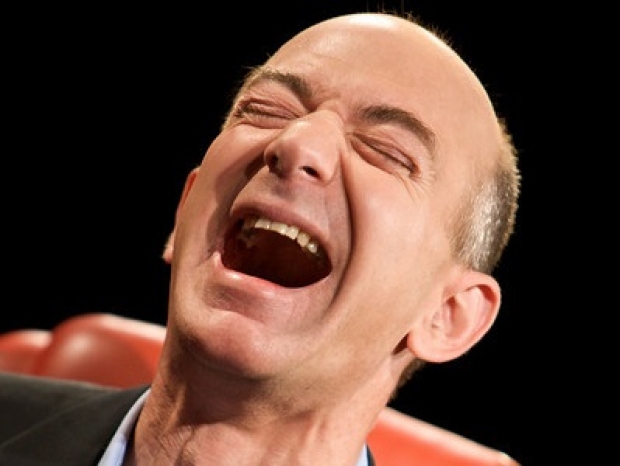 Bezos - who is only two years older than me - has a net worth of $75.6 billion on the Bloomberg Billionaires Index which means I have a bit of catching up to do.

His net worth went up when Amazon’s share price rose $18.32 yesterday after the e-commerce giant said it plans to buy Dubai-based online retailer Souq.com.

Bezos is worth $700 million more than Berkshire Hathaway Buffett and $1.3 billion above the Spanish Ortega who is the founder of Inditex S.A. and Europe’s richest person.

Amazon’s founder has added $10.2 billion this year to his wealth and $7 billion since the global equities rally began following the election of Donald Trump as US president on November 8.

The rise is the third biggest on the Bloomberg index in 2017, after Chinese parcel-delivery billionaire Wang Wei’s $18.4 billion gain and an $11.4 billion rise for Facebook Inc. founder Mark Zuckerberg.

Last modified on 30 March 2017
Rate this item
(0 votes)
Tagged under
More in this category: « Smart TV’s vulnerable to wireless hack US FCC cancels broadband subsidies for poor people »
back to top