Walmart to use drones inside its stores 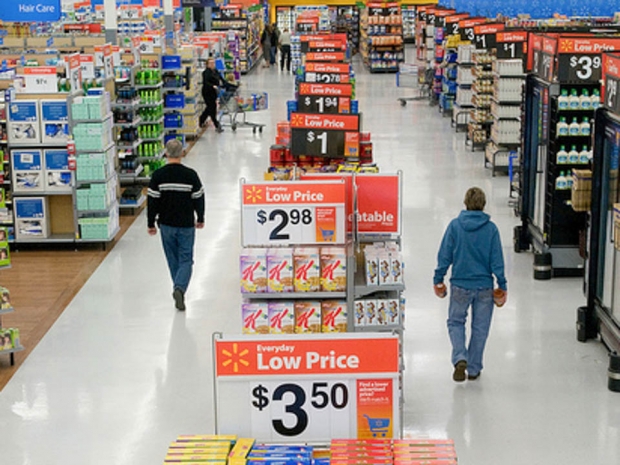 Patent reveals system to assist customers when no employees are present

US retail giant Walmart has recently been granted a patent for using in-store drones to shuttle merchandise from one department to another. Do not be surprised if you hear a buzzing sound overhead while walking through the laundry detergent aisle on the way to checkout.

According to the patent, a central computer system will “dispatch an airborne drone to an item of inventory” located within the shopping facility. The drone will then secure the item and carry it to a designated delivery area, where it will land and detach the item from its grasp.

Walmart says there is an increasing need in its stores to improve the "customer experience" where employees are not always available to assist customers. For example, many items are in the back storeroom and not visible. In this case, a customer can often experience a delay in service when there are no employees around to say “Yes, we have this item in stock but I need to grab it from the back”.

The company ultimately wants to increase the competitiveness of its brick-and-mortar stores with online outlets that have largely succeeded from low shipping prices and fast delivery rates. Of course, the patent approval is no guarantee that the company’s in-store technology will be approved, but it is gaining both interest and backlash from a variety of business professionals.

Chris Gately, a broker and realtor for Gately Properties, was not keen on the idea and is concerned for customer safety. “I can just imagine one of them buzzing around and getting caught in some poor lady’s hair,” he says. “I would also be concerned that someone might reach up to grab something right when a drone comes by.”

On the other hand, some say the proposal would work quite well in industrial warehouses. Yao-Yi Chiang, an expert on drones and assistant professor of research at the USC’s Dornsife Spatial Sciences Institute, welcomes the company’s plan. “I think it’s a great idea, but maybe not within stores where you have customers,” he says. “I think it would work well in big warehouses, where you need to deliver an item from one place to another.”

Amazon first in US with drone delivery demo last month

Drone delivery technologies have long been proposed for the US but have faced hurdles of regulatory challenges with the FAA since they were approved for domestic use in December 2015. Current rules have restricted companies like Amazon to fly drones for commercial deliveries only during daytime, away from populated areas, and within line of sight of the operator at all times. During the MARS 2017 conference late last month in Palm Springs, California, the internet retail giant successfully completed its first public demonstration of a Prime Air drone delivery, though still within current regulations and without the ability to fly beyond light of sight of the operator. According to some sources, an effective redrawing of the rules could take years.

In its recently released annual aerospace forecast for 2016 to 2021, the FAA projects that the number of commercially piloted drones will rise from 42,000 to 442,000. Meanwhile, the hobbyist fleets are likely to triple in size from 1.1 million units last year to over 3.5 million units by 2021. From the highest to lowest percentage, the top three uses for unmanned aircraft systems (UAS) for commercial use include aerial photography (34 percent), real estate (26 percent), and construction and industrial (26 percent).

For indoor use, however, Walmart may face a different set of regulatory hurdles for its unmanned drone delivery system. Each store needs to have a computer system that would function as an automated air traffic controller for dispatching units and guiding flight paths. Some of the best work now for developing air traffic management systems for drones is being developed by a partnership between NASA and a small startup called Airwave, whose main business is selling control software and hardware to drone manufacturers and operators.

Of course, even that operation has suggested that it may be time for the FAA to consider redrafting rules that give operators more freedom to operate UAVs industrially. Current experts note that the US regulator has often been slower than counterparts in other countries to clear the way for commercial drone flights, even for research purposes.

Last modified on 03 April 2017
Rate this item
(1 Vote)
Tagged under
More in this category: « EKWB launches new EK-CryoFuel coolants Competition in AI platform market to heat up in 2017 »
back to top