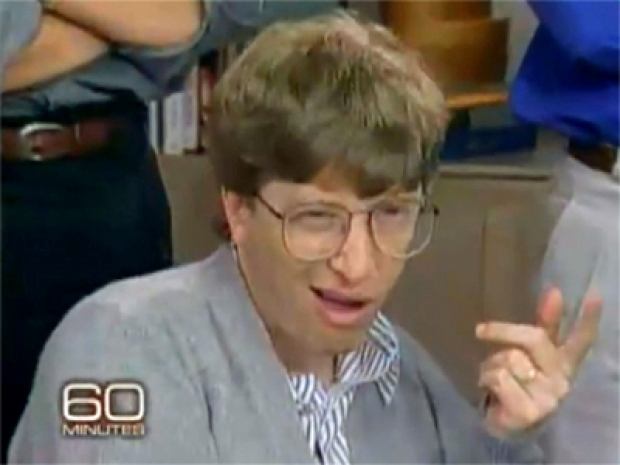 It should have been a single key operation

At the Bloomberg Global Business Forum, Carlyle Group co-founder and CEO David Rubenstein asked Microsoft founder Bill Gates to account for one of the most baffling questions of the digital era: Why does it take three fingers to lock or log in to a PC?

Rubenstein added why Gates thought that was a good idea.

Gates deflected responsibility saying: "Clearly, the people involved should have put another key on to make that work." But Rubenstein had been taking his Paxman pills and with such a topical question he was not going to let Gates off that easily.

He asked if Gates regretted the decision.

"You can't go back and change the small things in your life without putting the other things at risk",  Gates said. But: "Sure. If I could make one small edit I would make that a single key operation."

In 2013, Gates blamed IBM for the issue, saying: "The guy who did the IBM keyboard design didn't want to give us our single button."

That is all very well but why are we still pressing crtl-alt-delete, years after everyone admits it was a mistake.

Last modified on 21 September 2017
Rate this item
(0 votes)
Tagged under
More in this category: « Noctua goes low-profile with new AM4 coolers Seasonic unveils Prime Ultra series PSUs »
back to top