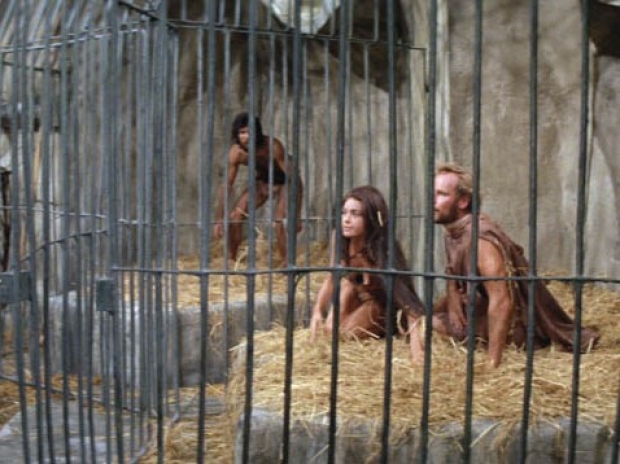 A patent filed in 2016 in which human workers are put into cages while robots scuttle around has returned to haunt Amazon just as it's under major pressure over the way it treats people who work in its warehouses.

In principle it is not a bad idea that warehouses will become crowded with robots whizzing around carrying out tasks, and it may be safer for humans to navigate these workspaces in an enclosed box.

However, the fact that you are putting humans in cages as part of the patent, titled "System and Method for transporting Personnel within an active Workspace” has not gone down that well.  After all, unless you are a US Republican and Trump supporter, the concept of putting people in cages has no real earthly use at all.

The plan was unearthed in a recent paper by the artificial intelligence ethics researchers Kate Crawford and Vladan Joler.

Their paper describes the design as "an extraordinary illustration of worker alienation, a stark moment in the relationship between humans and machines".

Crawford and Joler's paper caused shockwaves on social media after a report in The Boston Herald highlighted the drawings.

Amazon fulfillment-centre ambassadors — warehouse workers who tweet in a public-relations capacity for the company — expressed support for Amazon as well.

One ambassador wrote: "The building where I work is very safe and clean... I inquired about this cage thing, and it is just one of those patents that many companies have. They may use it though.

"The way I look at it is that the cage was developed for the safety of the worker in mind. Besides this patent was from a few years ago. Many of your large companies have strange patents out there."

Another ambassador tweeted: "Amazon does not want to put its workers in cages, this patent will never be used as they found a better way to get the job done. Dave Clark himself put out a statement clearing it up!"

Last modified on 14 September 2018
Rate this item
(0 votes)
Tagged under
More in this category: « T-Mobile and Ericsson sign $3.5 billion 5G agreement Google boss quits in China crisis »
back to top