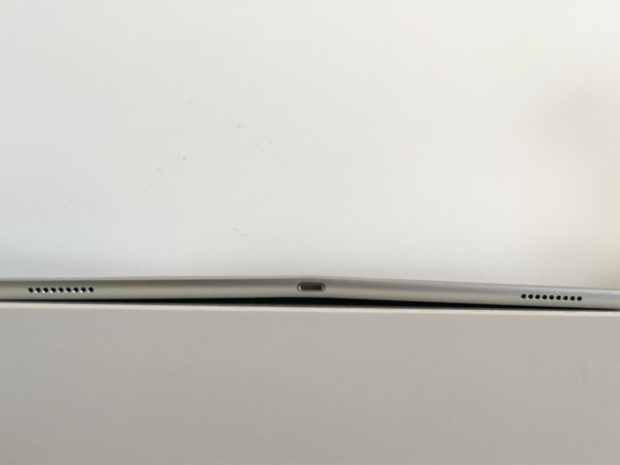 It is fake news; they are perfect and if they look like they are bending they are not really

Fruity cargo cult Apple has retracted its confession that the iPad Pro bends it like Beckham.

Apple slammed The Verge for writing fake news and placing unofficial quotations from Apple employees out of context.

However, most of the information is still believed to be factual, such as Apple’s claim that the iPad Pro hasn’t seen above average return rates.

But since The Verge typed the story, those who have written to Apple to complain about the issue have received similar email responses from Apple’s Senior Vice president of Hardware Engineering Dan Riccio who denies the iPad is borked.

“Relative to the issue you referenced regarding the new iPad Pro, its unibody design meets or exceeds all of Apple's high-quality standards of design and precision manufacturing. We've carefully engineered it and every part of the manufacturing process is precisely measured and controlled.

Our current specification for iPad Pro flatness is up to 400 microns which is even tighter than earlier generations. This 400-micron variance is less than half a millimetre (or the width of fewer than four sheets of paper at most) and this level of flatness won't change during normal use over the lifetime of the product. Note, these slight variations do not affect the function of the device in any way."

So, in other words, the iPad is perfect and how dare you to think otherwise?

The email went on to imply that Apple would issue a formal statement to news outlets by the end of yesterday. That hasn’t occurred yet, so we’ve decided to publish this article without it, but we’ll supply an update when it does.

The more cynical of us have noted a few things wrong with Riccio’s comment.

For a start, there is photographic evidence of users with iPads bent several millimetres out of the box. Even the Tame Apple Press is admitting the story is true. Riccio is ordering users to deny the evidence of their own eyes with his claim that the “level of flatness won’t change during normal use”.  In short, it seems that Apple is doing what it did when poor design caused the iPhone to bend.  It is simply denying it and hoping that enough people will not complain. If enough users do, and given the row has blown up overthe Christmas break, Apple hopes no one is noticing, Apple might do something about it.  But don't hold your breath.

Last modified on 24 December 2018
Rate this item
(0 votes)
Tagged under
More in this category: « Toshiba not flogging memory chip stake FCC gives carriers control over your texts »
back to top