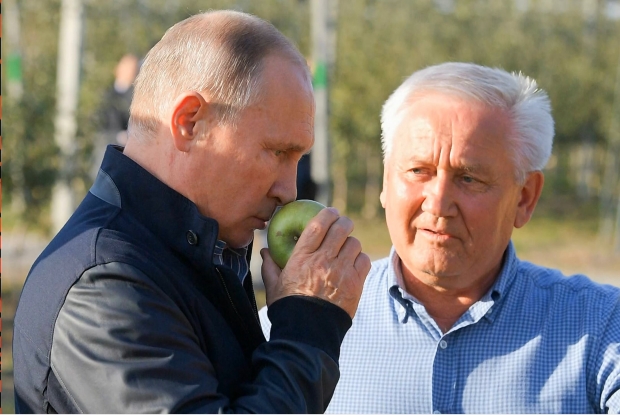 IPhone 7 was backdoor for US spooks

Details of the American attack on Russia’s troll factory last year are starting to emerge and it appears that one of the attack vectors was the impossible to hack, super cool, absolutely secure iPhone.

For those who came in late, the US attempted to protect its midterm elections by taking out the Russian troll farm which assisted Donald (Prince of Orange) Trump’s election.

Apparently, the Americans were able to keep the troll farm out of action throughout the entire election by destroying its server RAID controller and formatting hard drives.

The hack was confirmed by the Federal News Agency (FAN), a Russian news site associated with the Internet Research Agency (IRA), also known as Russia's troll factory because of its ability to start dissenting discussions and propagate fake news.

FAN revealed what happened on that day, details not included in the Washington Post's original report.

The Post cited sources in the US government and revealed that US Cyber Command (USCC), a division of the US Department of Defense, launched a cyber-attack against the IRA on November 5, 2018, a day before the US midterm elections.

US officials bragged about taking down the IRA's IT network before the midterms, crippling its ability to interfere in the voting process.

Of course, the Russians have a completely different version of the story. It involved taking out Putin’s propaganda arm and FAN a lot of its news from that outfit. It dubbed the cyber attack "a complete failure", "failed operation" and a waste of US taxpayer money.

The Russian news site said US hackers managed to infect one of its internal IT servers where the intruders destroyed a RAID controller and wiped two of the four hard drives attached to it, temporarily crippling its operation.

FAN said IRA's IT staff was aware of attempts to breach its network. Prior to the successful attack on the server's RAID controller, US the hackers managed to infect one IRA computer with a "trojan" after fooling an IRA employee into opening a file attachment they received via email.

US cyber-operatives attempted to move laterally from this computer in search of the central server. However, the IRA's internal network had been intentionally divided just for these scenarios and FAN reported that the trojan and the US hacker's intrusion had been stopped at that computer only.

US hackers were successful in gaining access to the IRA's internal network and its server in another attack against an IRA employee's Apple iPhone 7 Plus smartphone. Details about how US operatives compromised the iPhone were not provided. Now we know they are lying as everyone knows iPhone 7is impossible to hack. All

one thing the Russians learnt following the hack – they have banned Apple iPhones from the system as a weak link.

FAN reports that when the employee connected the smartphone to his Windows work computer via a USB cable, US hackers also infected the PC, which the Russian news site described as a computer "with fairly wide access rights".

The report claims that US hackers moved laterally through the company's network, eventually reaching its central server, and launching the coordinated attack at around 22:00, Moscow time, on November 5.

In addition to the attack on the IRA's internal network, FAN said that the US also gained access to servers the company had rented on Amazon's data centres in Sweden and Estonia.

The Russian site said attackers formatted the hard drives of these servers, which the IRA was using as mirrors for the USA Really news portal, in the event its Russian servers were ever blocked.

Further, FAN also reports that the US worked to have the USA Really TLS certificate revoked, rendering the site's content inaccessible.

Last modified on 04 March 2019
Rate this item
(0 votes)
Tagged under
More in this category: « IBM warns of Brexit doom Apple will give up on technology »
back to top