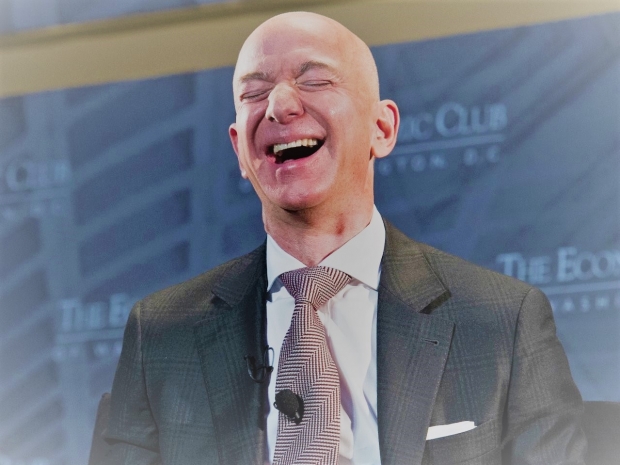 While most big tech companies are seeking to avoid paying any tax at all, Microsoft is lobbying to make them all pay more.

The move has floored US politicians who are used to giving big tech subsidies while letting poor people die on the streets with no medical support.

Representative Drew Hansen, Bainbridge Island told the local press he had never heard of any big company approaching the state legislature proposing a sizable tax on itself to help pay for a government programme.

A bill, introduced Monday by Hansen and co-sponsored by Pollet among others, is this year’s big push in higher education. It would pour about a billion dollars over the next four years into a “workforce education account” to be spent on more financial aid as well as more degree slots in high-demand subjects such as computer science, engineering and nursing.

The idea was to put a surcharge on businesses that benefit the most from a highly skilled workforce. That means high-tech of course, as well as professional services firms.

The bill proposes increasing the state business and occupation tax by 20 percent on about 40 categories of technical services, such as telecom, engineering, medical and finance. And by 33 percent on tech firms with more than $25 billion in annual revenue.

But here’s where this goes off the charts, into a politically unheard-of territory. It mandates a top rate, a whopping 67 percent business tax increase, for those “advanced computing businesses” with “worldwide gross revenue of more than one hundred billion dollars” per year.

There are only two businesses headquartered here that fit that description – Amazon and Vole.

Microsoft President Brad Smith wrote in a recent Op-Ed in The Seattle Times in favour of the idea. Amazon, on the other hand, was furious as it has an army of lobbyists demanding that they continue to avoid paying tax.

One bemused politician said the Amazon lobbyists were furious with Microsoft for volunteering them to perform a public service.

“Amazon has groused in meetings down here that Microsoft is doing this mostly as a way of making Amazon look bad”, he said.

Last modified on 28 March 2019
Rate this item
(0 votes)
Tagged under
More in this category: « Brits’ tech ignorance reported Microsoft in the secret war against Iranian hackers »
back to top