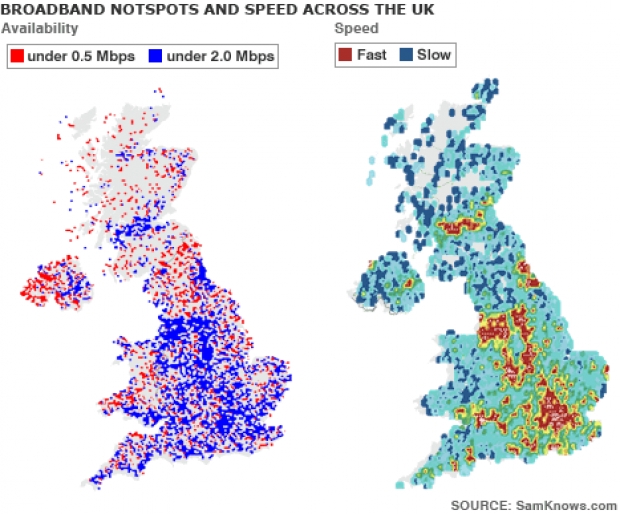 Each time they hack you off

Five UK broadband and landline providers will now automatically compensate customers when services do not work.

Punters who experience delayed repairs, installations or missed engineer appointments will be compensated, without having to ask.

Hyperoptic, Vodafone, EE and Plusnet have promised to sign up.

According to industry watchdog Ofcom, there are 7.2 million cases each year where broadband or landline customers suffer delayed repairs, installations or missed appointments.

Previously, only about one in seven broadband or landline customers received compensation from providers for these delays.

Ofcom consulted on enforcing formal regulations regarding compensation of broadband and landline services in 2017.

Some service providers then approached the regulator independently and offered to pay compensation to customers.

This led to Ofcom releasing details of its voluntary automatic compensation code of practice in November 2017.

Ofcom's chief executive Sharon White said that it was unacceptable that people should be kept waiting for a new line, or a fault to be fixed.

She added that the new rules would provide an incentive for service providers to want to avoid problems occurring in the first place.

"But if they fall short, customers must be treated fairly and given money back, without having to ask for it", she said.

In December, the providers agreed a deal with Openreach that if any delays to repairs or installations occurred, Openreach would compensate the providers.

The providers would then use that money to automatically compensate their customers.

Under the terms of the agreement, if an engineer does not arrive on schedule, or cancels within 24 hours, the compensation will be £25.

If a service stops working and is not fully fixed after two working days, customers will be entitled to £8 a day in compensation.

There will also be £5 per day offered for new services not starting on time.

Plusnet has committed to the scheme, but has not provided a timescale for when it will begin providing automatic compensation.

Last modified on 01 April 2019
Rate this item
(0 votes)
Tagged under
More in this category: « AMD rumoured to get ray tracing in 2020 Gig economy is not really happening »
back to top