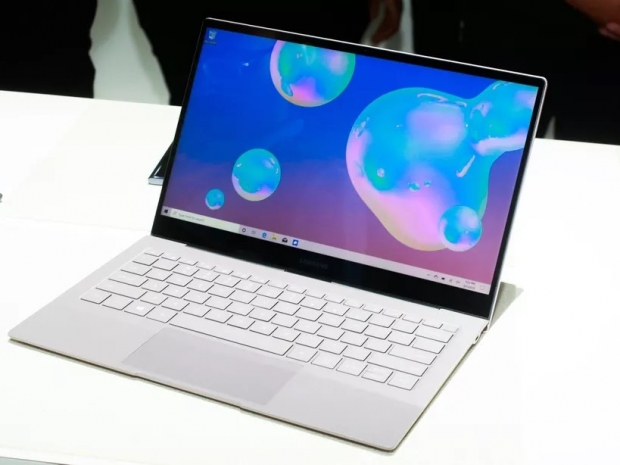 It is thinner and cheaper too

The Tame Apple Press is in a quandary as Samsung's Galaxy S book totally cleans the clock of Apple's Air.

Samsung claims that its Galaxy Book S can deliver up to 25 hours of continuous video playback and is the first Snapdragon 8cx-powered laptop on the market.

Not only is it thinner than the Apple Air, it will hit the shops at about $999 and runs Windows.

The products spec is a tribute to the Qualcomm Snapdragon 8cx multi-core score of 2745 and the fact that Vole has been flat out trying to get Windows to run properly on ARM.

Apple's Air runs an Intel Core i5-8210Y and delivers a multi-core score of 1544  which is well below the Snapdragon. It can only run 13 hours of continuous video playback and even then you have to have faith in Apple's figures.

Like the MacBook Air, the Galaxy Book S runs its operating system, pre-installed apps and the Office suite natively while also giving users the option to use 32-bit x86 apps for those occasions where you might want to use other apps.

The two bits of hardware were benchmarked here. Fudzilla readers might be amused to read the comment's section which appears full of Apple fanboys with their botties really sore.  It is also amusing that the Galaxy Book S can show up really late  - we were expecting it last year - and still clean Apple's clock.

Last modified on 13 February 2020
Rate this item
(2 votes)
Tagged under
More in this category: « Copper spent four years in jail for refusing to decrypt Android catches herpes »
back to top