Scientists discover Nazi monuments on the dark side of the moon 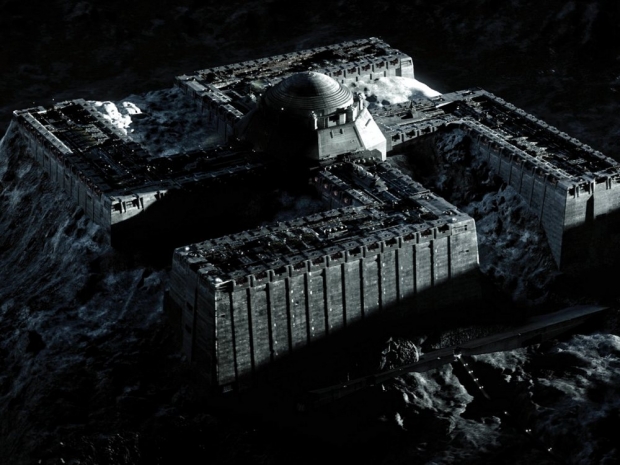 Time to remove them

Boffins have been a bit surprised to discover that there are real Nazi monuments on the moon and are determined to remove them.

While it is unlikely that the monuments are unlikely to be defended by any red-hatted white guys with guns determined to defend their heritage, in fact no one has ever even seen them directly, the monuments celebrating the lives of noted Nazis are not something science wants hanging around any more.

Craters are named after scientific heros such as Jack Parsons who took time out of his busy schedule of Aleister Crowley style magic, sex and drugs, to help develop proper rocket fuel.  However on the dark side there are some which are named after less heroic types.  One was named in 2005 by the International Astronomical Union (IAU) after the German physicist Philipp Lenard, who won the 1905 Nobel Prize for his research on cathode rays: the “rays” emitted from hot, electrically-charged metal plates, which turned out to be the subatomic particles called electrons. Among other things, the cathode-ray tubes Lenard and others used to study their properties became the central component of televisions.

Scientists thought he was worth celebrating based just on his scientific achievements. The same applied to German physicist Johannes Stark, who was awarded the 1919 Nobel Prize for discovering how electric fields affect the light emitted from atoms.

However, according to Prospect Magazine, quantum physicist Mario Krenn of the University of Toronto wrote to the IAU to point out that both Lenard and Stark were ardent Nazis, virulent anti-Semites, and adulatory followers of Hitler and not worthy of being commemorated with a hole on the moon. In fact some of the pair's ideas kept science in a hole of its own.

The pair were largely responsible for the absurd idea that there was an “Aryan physics” stemming from the “respect for facts and aptitude for exact observation,” as Stark put it, that “reside in the Nordic race”.

In the 1920s they contrasted this noble Teutonic science with the “Jewish physics” that had, in their view, infested their discipline, due largely to the theories of Albert Einstein (such as the theories of relativity) that were too heavily mathematical for the two German physicists to understand.

While many German scientists fell submissively in line with Nazi policies in the 1930s, Lenard and Stark actively embraced them. In a jointly authored 1924 article called “The Hitler spirit and science”, they celebrated the Nazis “as God’s gifts from times of old when races were purer, people were greater, and minds were less deluded”.

The two led anti-Semitic attacks in the press against Einstein and later pressed their colleagues to accelerate the expulsion of “non-Aryan” scientists as dictated by the Nazi laws. Their attempts to take over the running of German physics in the Nazi era were foiled only by their political ineptitude.

The Nobel biography, which the organisation will surely have consulted, does state that Lenard was a “convinced member of Hitler’s National Socialist Party”—but that in itself is not so unusual for a German scientist of his generation.

The IAU has acted swiftly and decisively. Planetary scientist Charles Wood, chair of the Task Group for Lunar Nomenclature, has recommended to the group that the names of Lenard and Stark “should be quickly replaced”. There has been no procrastination, and no hint of Johnson’s complaint that such a move would be “photoshopping the cultural landscape,” or suggestion that we should not judge Lenard and Stark by today’s standards. Nor could such a defence be remotely credible. If there was any whitewashing, it was at the Nuremberg trials, where Lenard was judged too frail to stand and Stark escaped with a cursory fine. The institute named after Lenard at the University of Heidelberg was quickly renamed after the war.