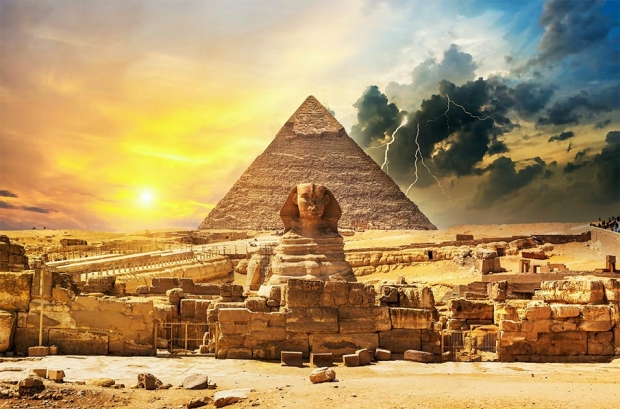 Tesla boss Elon Musk has attracted a lot of hate from Egyptian students after he published a bizarre tweet claiming that the Great Pyramid was 'obviously' built by aliens.

He then substantiated his claim, by quoting Wikipedia.

Egypt's Minister of International Co-operation Rania Al-Mashat responded on Twitter, saying she followed and admired Musk's work, but wanted him to actually read writings about how the pyramids were actually built.

I follow your work with a lot of admiration. I invite you & Space X to explore the writings about how the pyramids were built and also to check out the tombs of the pyramid builders. Mr. Musk, we are waiting for you 🚀. @elonmusk https://t.co/Xlr7EoPXX4
— Rania A. Al Mashat (@RaniaAlMashat) August 1, 2020

Hawass also advised Musk to read more about the Pharaohs and the pyramids to realize that the pyramids have nothing to do with space and that it was built by Egyptians more than 4000 years ago, according to Egypt Today.

Elon Musk later, however, tweeted a link to a BBC article explaining how it provides a 'sensible summary' for how the pyramids were built. The article does not have any mention of aliens.

This BBC article provides a sensible summary for how it was done https://t.co/le3r20BWID
— Elon Musk (@elonmusk) August 1, 2020

He also agreed with a Twitter user who said building something like the ancient pyramids, is art.

While there is actual evidence on how humans built the Egyptian pyramids, the mystery of why Elon Musk continues to tweet bizarre theories and conspiracies, is a true mystery which so far can only be explained over a liquid lunch and a packet of crisps before it makes any sense.

Last modified on 03 August 2020
Rate this item
(0 votes)
Tagged under
More in this category: « ARM China conflict escalates Microsoft wants to buy TikTok's US operations »
back to top