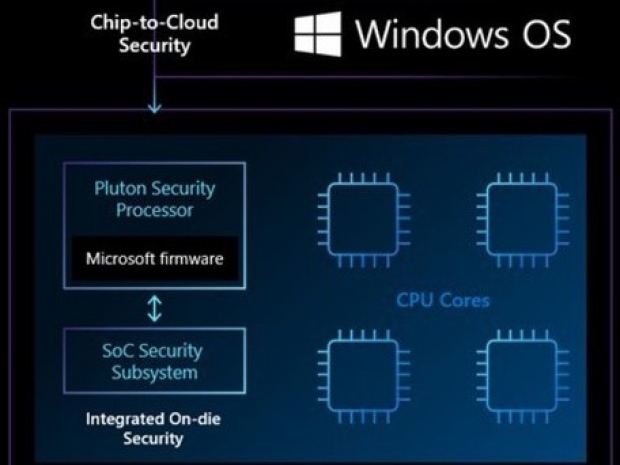 Software King of the World Microsoft claims to have come up with a solution for all those pesky hardware flaws like Meltdown and Spectre, which made it possible to steal passwords and other sensitive secrets directly from their processors.

Dubbed  Pluton, the chip, announced today, is the brainchild of a partnership between Microsoft, and chip makers Intel, AMD, and Qualcomm.

Pluton acts as a hardware root-of-trust, which protects a device's hardware from tampering, such as from hardware implants or by hackers exploiting flaws in the device's low-level firmware.

By integrating the chip inside future Intel, AMD, and Qualcomm central processor units, or CPUs, it makes it far more difficult for hackers with physical access to a computer to launch hardware attacks and extract sensitive data, the companies said.

Microsoft’s director of enterprise and operating system security at Microsoft David Weston said Pluton design will create a much tighter integration between the hardware and the Windows operating system at the CPU that will reduce the available attack surface.

Last modified on 18 November 2020
Rate this item
(0 votes)
Tagged under
More in this category: « EQT planning IPO for SUSE Big battery business set for Norway »
back to top