AMD patent shows why CPU not for GPUs 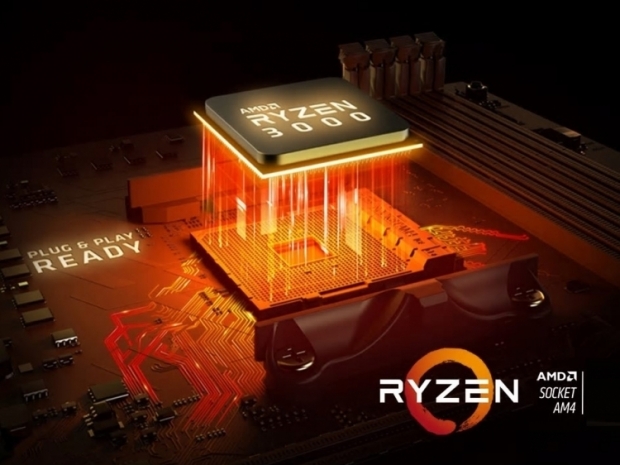 A new AMD patent has hinted why the outfit has taken so long to extend its CPU strategy to GPUs.

The latency between chiplets poses more of a performance problem for GPUs, and the patent shows that AMD is attempting to solve the problem with a new interconnect called high bandwidth passive crosslink.

This new interconnect will allow each GPU to communicate more effectively with each other.

According to Hot Hardware the result is a "hybrid CPU-FPGA design that could be enabled by Xilinx tech".

It might be a little bit until we see products based on this design, as it seems a little too soon to be part of CPUs included in recent EPYC leaks, Hot Hardware said.

FPGAs are not as good as CPUs but they can accelerate specific tasks rather well and a well crafted FPGA can offload a wide variety of tasks from a CPU and speed processes. Intel been tying to integrate Xeons with FPGAs over the last six years, but it hasn't resulted in a single product hitting its lineup.

AMD made 20 claims in its patent application, but the gist is that a processor can include one or more execution units that can be programmed to handle different types of custom instruction sets. So it is talking about an integrated FPGA.

Last modified on 04 January 2021
Rate this item
(3 votes)
Tagged under
More in this category: « Software development stuck in the 1990s Computer programming is not a language nor maths »
back to top