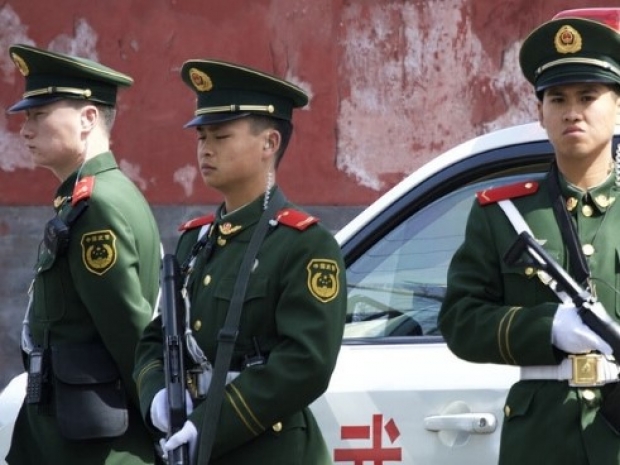 When Oracle put in a bid for TikTok it was supposed to prevent data from being passed to Chinese police.

However according to the Intercept , Oracle has a rather a cosy relationship with the Chinese coppers and has been marketing its own software for their surveillance work.

Oracle, whose products could find relevant data in the police department's disparate feeds and merge it with information from ongoing investigations.

In 2018 a China-based Oracle engineer at a developer conference at the company's California headquarters in 2018. Slides from the presentation, hosted on Oracle's website, begin with a "case outline" listing four Oracle "product[s] used" by Liaoning police to "do criminal analysis and prediction."

One slide shows Oracle software enabling Liaoning police to create network graphs based on hotel registrations and track down anyone who might be linked to a given suspect.

Another shows the software being used to build a police dashboard and create "security case heat map[s]." Apparent pictures of the software interface show a blurred face and various Chinese names.

The concluding slide states that the software helped police, whose datasets had been "incomprehensible," more easily "trace the key people/objects/events" and "identify potential suspect[s]" -- which in China often means dissidents.

Oracle representatives have marketed the company's data analytics for use by police and security industry contractors across China, according to dozens of company documents hosted on its website. In at least two cases, the documents imply that provincial departments used the software in their operations.

One is the slideshow story about Liaoning province. The other is an Oracle document describing police in Shanxi province as a "client" in need of an intelligence platform. Oracle also boasted that its data security services were used by other Chinese police entities, according to the documents -- including police in Xinjiang, the site of a genocide against Muslim Uyghurs and other ethnic groups.

To be fair, that is not saying that Oracle would hand over US data to Chinese police. But it does mean that if it owned TikTok it would have had links to the Chinese law authorities just as much as its current owners.

Rate this item
(3 votes)
More in this category: « Biden sets up review of tech supply chains Mysterious malware hits 30,000 Macs »
back to top