3DMark gets the new CPU benchmark 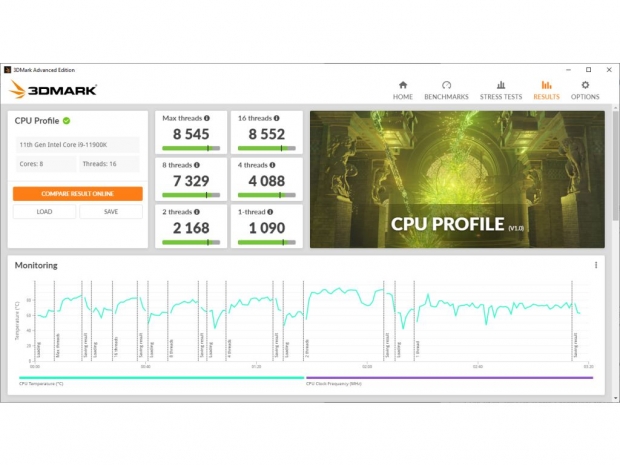 UL Benchmarks has expanded 3DMark to include a set of dedicated CPU benchmarks, which shows the CPU performance scaling across a number of cores and threads and that allows gamers to check if their CPU is performing as expected, as well as giving overclockers a way to measure the performance gain.

The 3DMark CPU Profile, as UL Benchmarks decided to name it, brings a new approach to CPU benchmarking and instead of giving out a single number, it shows how CPU performance scales across cores and threads used. It uses six tests, each using a different number of threads, ranging from maximum available (32, 16, 8, 4, 2) and ending with a single-threaded test. 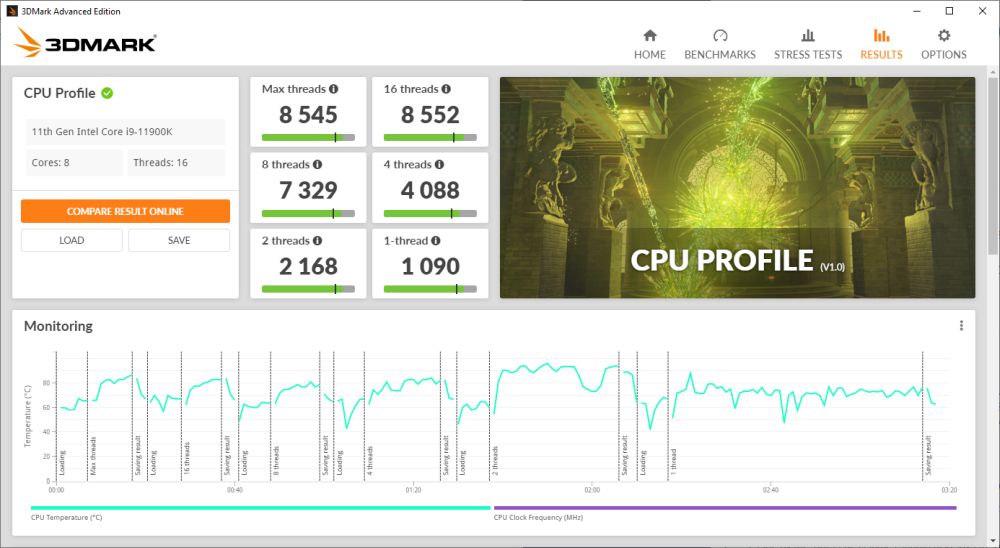 According to UL Benchmarks, such testing methodology and those results will allow users to benchmark and compare PUC performance at different core/thread levels as well as provide a better way to compared different CPU models by looking at the results from thread levels they have in common.

It is also worth mentioning that each of the six tests produces a score that is comparable across tests, and the result list also shows you both how your scores compare with the best scores for that CPU as well as the performance levels you should expect for the CPU, also called the median score.

The 3DMark CPU Profile also includes a hardware monitoring chart that shows the change of CPU clock frequency and CPU temperature while tests were running.

You can check out more over at the UL Benchmarks 3DMark website.