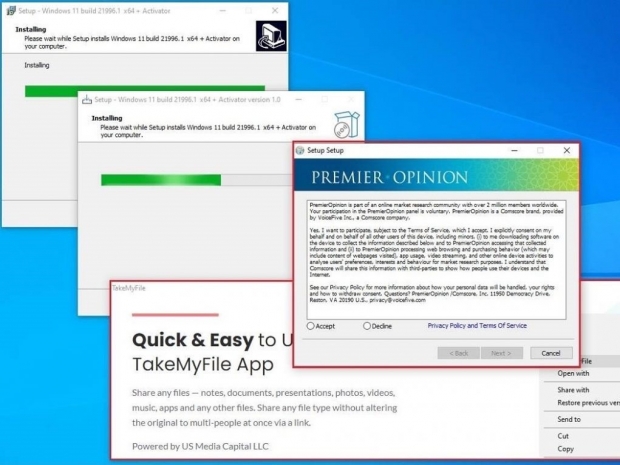 Kaspersky says the rollout is a hacker's delight

The outfit said that those who are using pirated or fake methods to get Windows 11 are also downloading malware along with it.

The particular file referenced is called 86307_windows 11 build 21996.1 x64 + activator.exe. While it sounds like it includes Windows 11 build 21996.1, and an installer that will automatically activate Windows for you there are some red flags. First, it's only 1.75GB, so while people who want to install Windows 11 might think that's a large file that could be Windows, a real Windows 11 ISO is about 4.87GB.

"The 1.75 GB file looks legitimate. But most of this space consists of one DLL file that contains a lot of useless information", explains Mint.

And Kaspersky adds that "it even comes with a license agreement (which few people read) calling it a 'download manager for 86307_windows 11 build 21996.1 x64 + activator' and noting that it would also install some sponsored software. If you accept the agreement, a variety of malicious programs will be installed on your machine".