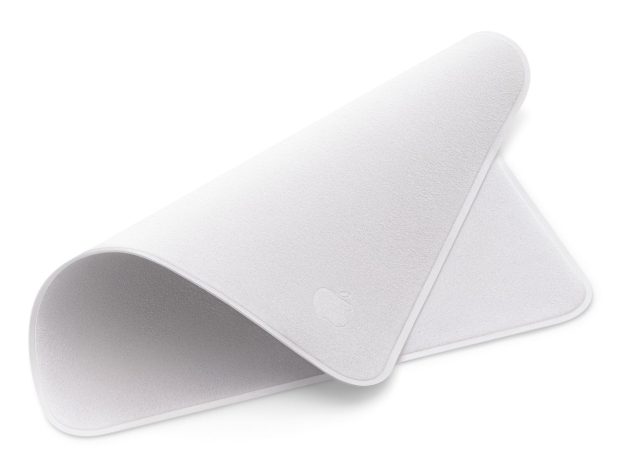 Works with all its products

Fruity cargo-cult Apple has invented a reassuringly expensive rag to wipe stuff from its expensive gadgets.

The “much anticipated” device is clearly the sort of thing inspired by Apple founder Steve Jobs and apparently has been guaranteed to work across all Apple devices.

It has been designed by the finest minds that Apple recruited to ensure that it will always work in what ever time zone it is used and unlike other apple devices it will not even require a rubber band to work.

Apple designers seem reasonably confident that the new first party polishing cloth will not catch fire particularly as fanboys are used to excessive rubbing, but we will have to await the benchmark tests before signing off on this particular feature.

The new polishing cloth is a soft white thing with an embossed Apple logo. Apple does not specify what material it is made out from but for $19 we expect to have been spun from pure unicorn hair even if it looks like a urine mat for a toilet.

We expect Apple’s legal team to start suing any other company who makes cleaning rags, as it is now pretty clear that Apple invented them.