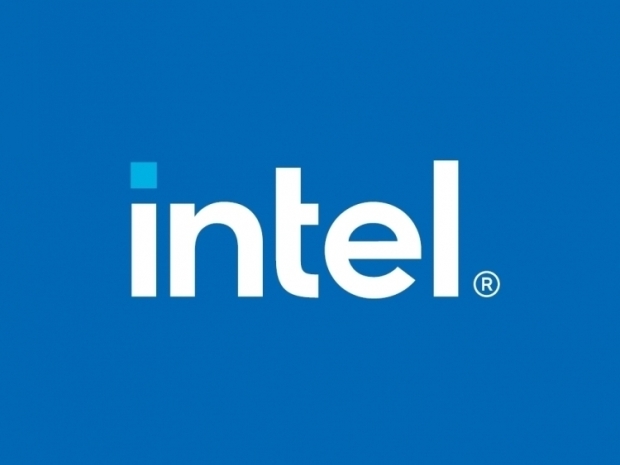 The company said it generated $9.9 billion in cash from operations and paid dividends of $1.4 billion.

Client Computing Group got a hit, but Data Center Group and Other Business segments did well

When it came to Intel's specific business segments, the Client Computing Group got a hit, reporting a revenue of $9.7 billion, or a drop of two percent compared to Q3 2020. Like everyone in the industry, Intel also struggled with a limited supply, reducing its CPU orders and limited laptop sales. The good side of that story is that average selling prices (ASPs) are up in all market segments. 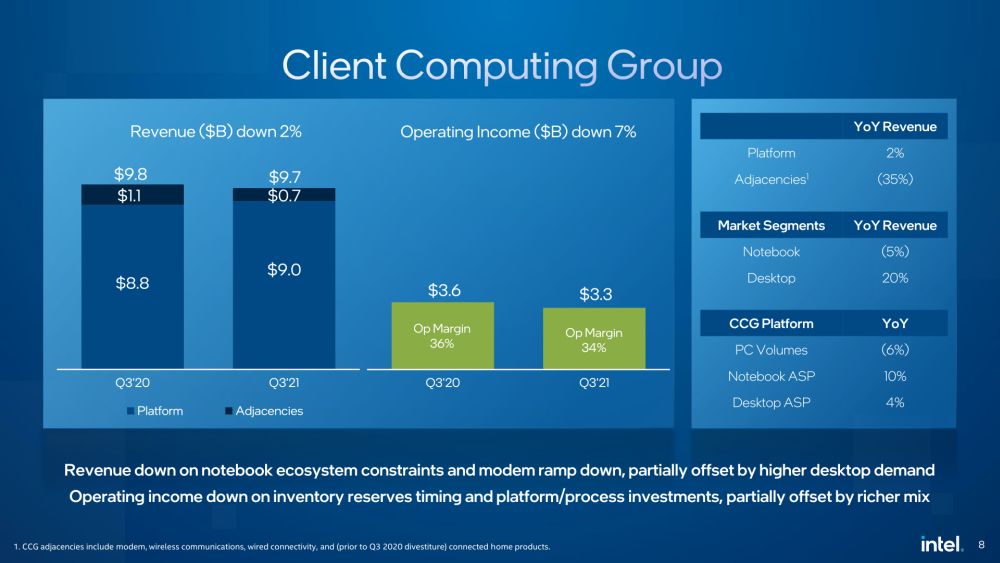 On the other hand, Intel's Data Center Group reported a rise in revenue, reporting $6.5 billion. 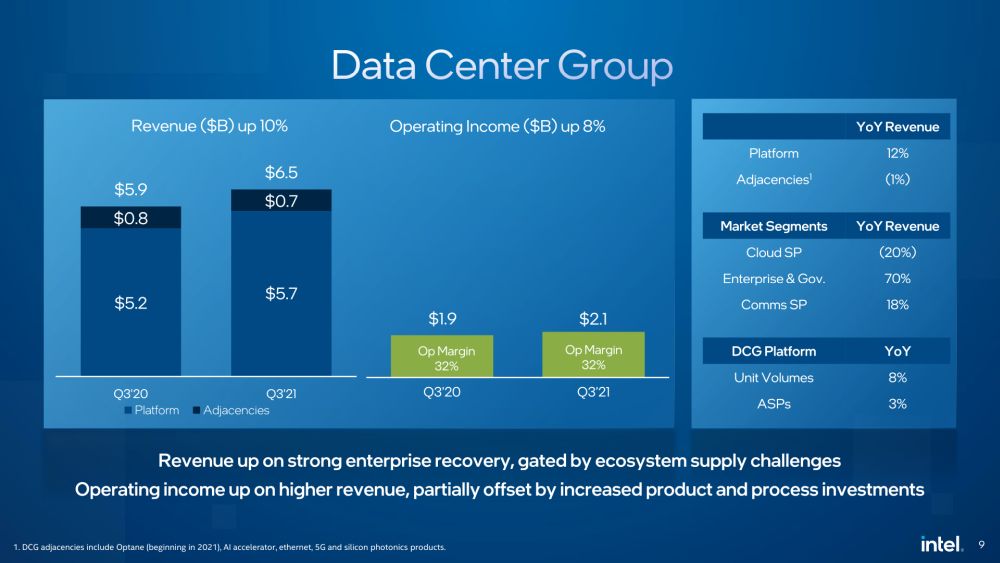 The so-called Other Business Segments, especially the Internet of Things Group (IoTG), was up by 54 percent. 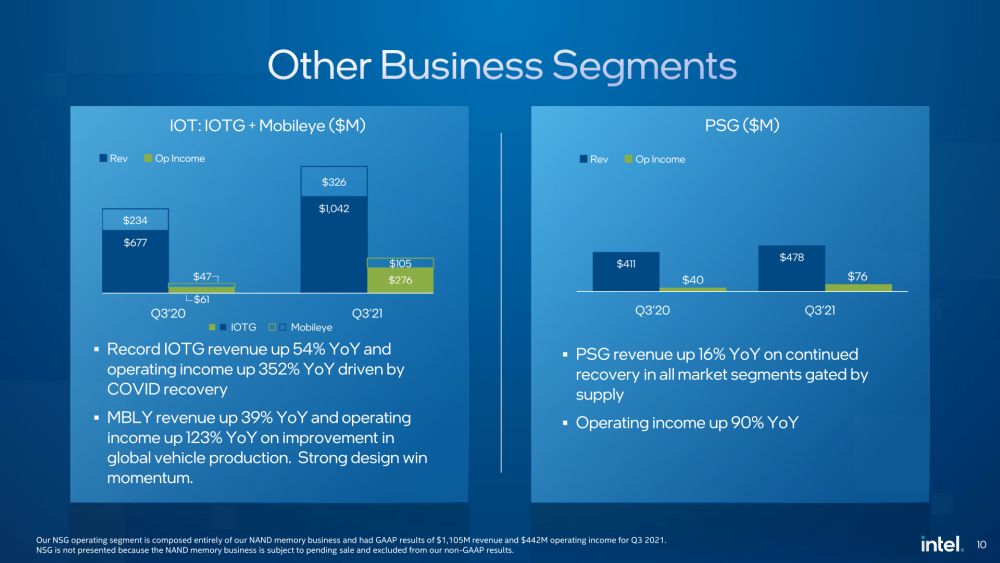 Intel does not expect an increase in Q4 2021, which is a surprise as it is generally one of the best quarters. It expects revenue of $18.3 billion non-GAAP, and a slight drop in gross margin, down to 53.5 percent. Of course, the company will launch its Alder Lake CPUs but those should have an impact on future quarters, rather than the next.