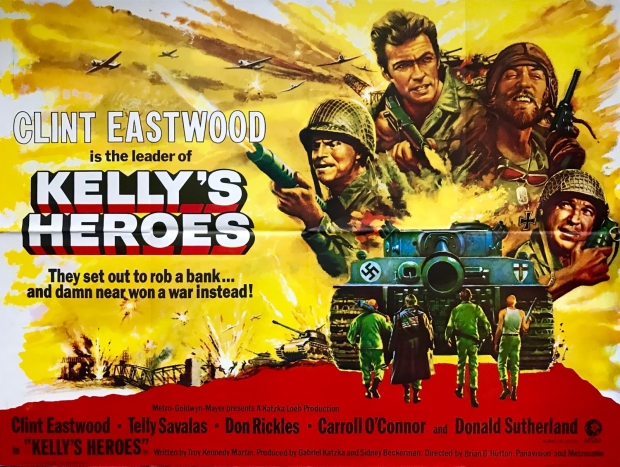 These were not Kelly’s Heroes

Russian troops who decided to use the war to make themselves rich found themselves caught out by more modern security equipment.

Like the movie Kelly’s Heroes, a bunch of soldiers who did not really want to be in Ukraine, though it would be a wizard wheeze to arrange a heist on a John Deere dealer in the occupied city of Melitopol, Ukraine.

The Russian troops stole almost $5 million worth of farm equipment and spent a fortune getting two combine harvesters worth $300,000 each, a tractor, and a seeder, and 27 pieces of equipment 700 miles to Chechnya.

It is worthwhile pointing out that they used Russian gear and petrol which is in short supply to get the equipment out of Ukraine.

Apparently, the manufacturers had an urgent call from the Russian soldiers to find a way around the block. It is rumoured that they had been on the blower with "consultants in Russia who are trying to bypass the protection."

It is unclear how much Russian military resources had been diverted from Tsar Putin’s glorious de-nazification special operating in Ukraine into the failed heist, but we doubt anyone is going to be brave enough to tell him.