Apple has no faith in its Surface clone 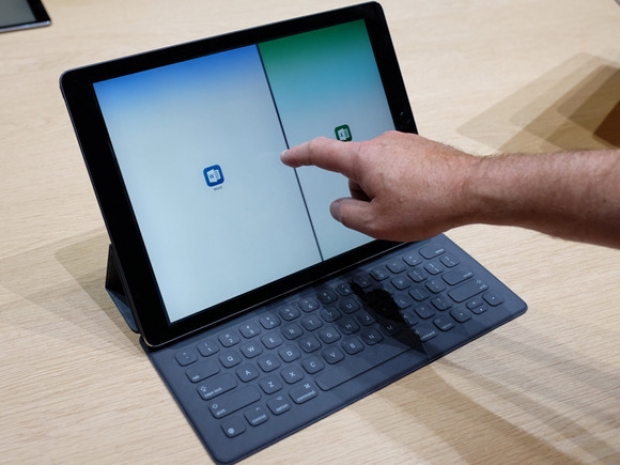 Fruity cargo cult Apple does not appear to believe that it can beat Microsoft’s new Surface Pro, even though it copied all its key elements.

Digitimes  has said that Apple’s iPad Pro is supposed to hit the shops in November but has only placed limited orders with the related upstream supply chain prior to the end of 2015 and for the first quarter of 2016.

The upstream supply chain has been politely saying Apple is taking a “rather conservative attitude” about the sales of the product.

The iPad Pro is priced starting US$799-1,079 and to that you have to add another $100 for the stylus which for ages Apple claimed no one wanted and $169 for the Keyboard which Apple mocked when Microsoft bought it out. The cheapest combination is priced at US$1,067, a point, which is rather difficult to attract demand.

Apple has placed orders for less than 2.5 million units of the iPad Pro before the end of 2015 and the volume for the first quarter of 2016 is expected to be even lower if demand for the device over Christmas is weaker than expected.

Being charitable, the feeling is that most enterprises are looking to save costs, the iPad Pro is unlikely to become the top choice for mobile device purchasing.

Meanwhile the Tame Apple Press has been doing its best to sell the iPad Pro  while attacking the Surface Pro. However other signs are that the Microsoft’s Surface Pro will do well in the same market Apple has been targeting. Like the iPad it is still pricey but there are signs of business take-up. The Surface Pro has been getting good reviews.

Last modified on 27 October 2015
Rate this item
(8 votes)
Tagged under
More in this category: « Notebook sales sink 17.5 per cent Samsung in a Spin »
back to top