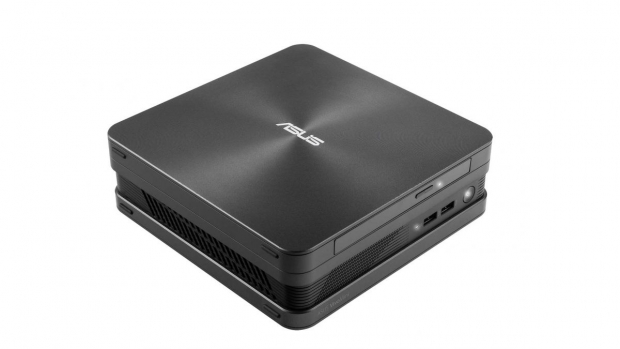 Dubbed the VM65 and VM65N, both PCs, you get a Skylake CPU and up to 16GB of DDR4 RAM. Some will offer Vivo DualBay, a storage system which has room for two 2.5-inch SSDs or HDDs or one of each. Machines without DualBay have a more disappointing single 3.5-inch hard disk.

Unlike many minis they have SonicMaster speakers built-in, so you don't need external speakers. Asus claims they are great quality but given the size of the PC we would think that was optimistic.

The top-end VM65N has an Nvidia GeForce 930M, complete with DisplayPort++ and HDMI ports to allow the computer to drive up to three monitors.  It can also support 4K displays.  The more expensive flavour also comes with a pair of USB 3.1 ports along with four USB 3.0 ports and an Intel Wi-Fi card.

Both can be attached to the back of a display. It sounds pretty good, but sadly since pricing hasn't yet been confirmed it is hard to say. .We have seen with Intel's own NUCs that skylake is a major improvement, thanks to the lower power draw.