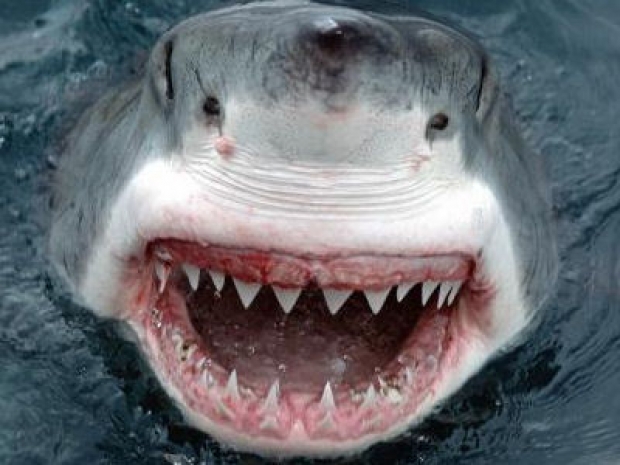 As iPhone friendly as a great white shark

The fruity tax-dodging cargo-cult Apple wants punters to waste $2,399 on a new MacBook Pro which has a design flaw which makes the gear as user friendly to iPhones as I am.

Yesterday, Apple’s Phil Schiller pointed out how the new Pros have four Thunderbolt 3 USB Type-C ports which can be used to charge the machine. He gained a round of applause from US tech hacks keen to sacrifice any street cred they might have.

However, none of them thought to engage their brains about the matter or asked the basic question “how do I connect my iPhone to this?” It is not an issue in the rest of the computing world where things are not locked into a brand, but it is vital in Jobs’ Mobs wall garden of delights. Many Apple fan boys use their Macbooks to charge their iPhones and to transfer data between the two devices.

But it seems that despite providing four Type C ports, Apple forgot to provide anything to connect its flagship iPhone to the rig. While Steve Jobs might have been the anti-Christ when it came to raising the standards of the world, we don’t think he would have signed off on such a spectacular cock-up.

Of course, Apple has a work around for the problem. It is exactly the same sort of work around Jobs’ Mob has used for about 30 years when its designers stuff something up – it uses an expensive dongle.

Apple sells a USB-C to Lightning cable on its website for $25. But is it fair to demand that a customer fork out that amount of cash after spending $2,399 because your designers failed to understand how fanboys are using their products?

Another thing that Apple has got rid of is the MagSafe charging connector that MacBooks have been using for a decade. The tech was a bit of a novelty which did not catch on elsewhere. Rather than having a power cable locked into a laptop which could be tripped over Apple’s MagSafe cables attached magnetically. The connection was strong enough to hold on, but weak enough that they’d rip off instead of taking a computer with them. It looks like the new USB-C connections have killed that off too.

Last modified on 28 October 2016
Rate this item
(10 votes)
Tagged under
More in this category: « Apple goes public on MacBook Pro 2016 notebooks Lenovo and Fujutsu prepare for“partnership” »
back to top