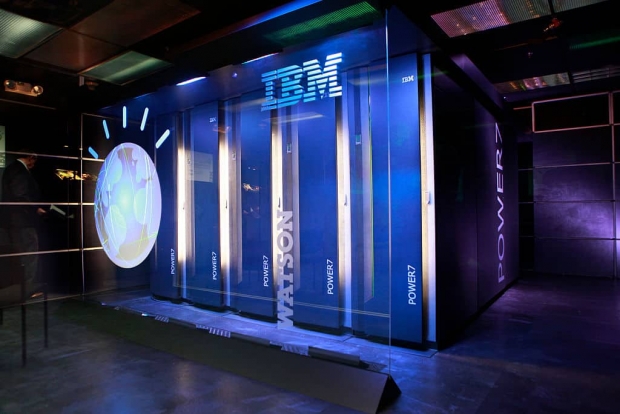 Apparently, it is not Applish enough

The New York Times, which long ago sacrificed its technology journalistic credibility to hawk Apple products, has waded into the IBM supercomputer Watson.

The Times gets its knickers in a twist about what happened in the ten years after the supercomputer scared the world by winning a TV game show.

It moaned that Watson has not remade any industries, hasn't lifted IBM's fortunes and trails behind rivals in cloud computing and AI — Amazon, Microsoft and Google.

The Times said that the company's missteps with Watson began with its early emphasis on big and difficult initiatives intended to generate both acclaim and sizable revenue for the company.

The company's top management, current and former IBM insiders said that the company was dominated by executives with backgrounds in services and sales rather than technology product experts. Product people, they say, might have better understood that Watson had been custom-built for a quiz show, a powerful but limited technology.

“Instead of being a shorthand for technological prowess, Watson stands out as a sobering example of the pitfalls of technological hype and hubris around A.I. The march of artificial intelligence through the mainstream economy, it turns out, will be more step-by-step evolution than cataclysmic revolution”, the Times thundered.

IBM technologists approached cancer medical centres, but "were frustrated by the complexity, messiness and gaps in the genetic data at the cancer centre. At the end of last year, IBM discontinued Watson for Genomics, which grew out of the joint research with the University of North Carolina. It also shelved another cancer offering, Watson for Oncology, developed with another early collaborator, the Memorial Sloan Kettering Cancer Center."

IBM continued to invest in the health industry, including billions on Watson Health, which was created as a separate business in 2015. That includes more than $4 billion to acquire companies with medical data, billing records and diagnostic images on hundreds of millions of patients. Much of that money, it seems clear, they are never going to get back.

The Times says that researchers long dismissed Watson as mainly a branding campaign, but then the paper hits a snag in its logic and is forced to admit that the business side of Watson has been doing well.

Now, Watson is a collection of software tools that companies use to build A.I.-based applications — ones that mainly streamline and automate basic tasks in areas like accounting, payments, technology operations, marketing and customer service. It is workhorse artificial intelligence, and that is true of most A.I. in business today. A core Watson capability is natural language processing — the same ability that helped power the "Jeopardy!" win. That technology powers IBM's popular Watson Assistant, used by businesses to automate customer service inquiries, the paper mutters.

Big Blue says it has 40,000 Watson customers across 20 industries worldwide, more than double the number four years ago. Watson products and services are being used 140 million times a month, compared with a monthly rate of about 10 million two years ago, IBM says. Some of the big customers are in health, like Anthem, a large insurer, which uses Watson Assistant to automate customer inquiries.

So basically what has happened is that like many things in the industry the technology has found a niche somewhere unexpected and done well.  Like the smartphone.  Nevermind, NY Times, we are sure that one day Apple will invent AI and supercomputers.