Although it was showcased back during Computex show, Asus has now officially rolled out its cream of the crop F1A75-I Deluxe mini-ITX Llano motherboard. Literally packed with advanced features, the F1A75-I Deluxe is based on AMD's A75 chipset and has everything that you might need from an HTPC motherboard.

The long list of features and specifications include a 4+1-phase VRM with Asus' DIGI+ VRM technology and Dual Intelligent Processors 2 (TPU and EPU), Asus UEFI BIOS, two DDR3 memory slots with support for up to 32GB of DDR3-1866 memory and single PCI-Express 2.0 x16 slot in case you want to go for a dedicated GPU and AMD's Dual Graphics.

Unfortunately, Asus didn't announce the price of its top A75 based mini-ITX motherboard but we are sure it will show up in retail/e-tail pretty soon. 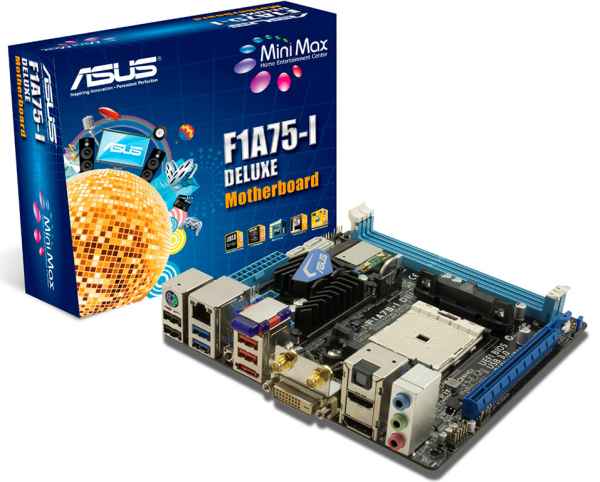