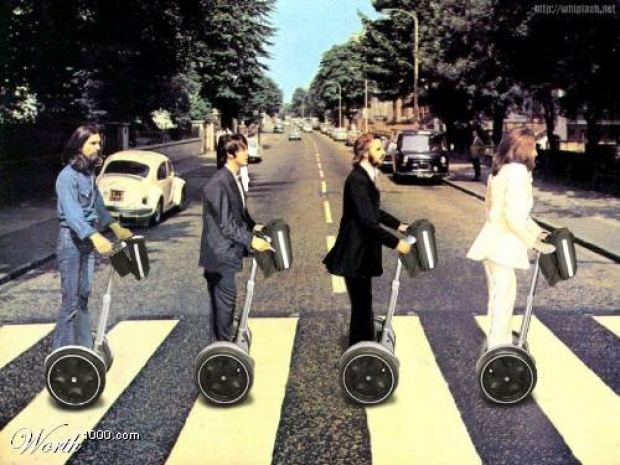 So much for a car replacement

The original Segway appeared 20 years ago, the market has become saturated with electric-powered two-wheelers of many varieties. Segway said the iconic and oft-ridiculed scooter only accounted for 1.5 percent of the company’s revenue.

Segway president Judy Cai said that given the decades long history, his decision may come as a disappointment to its strong and loyal following among private owners, who view the Segway as one of the more innovative creations of the early 21st century.

"We are grateful for the support and loyalty of our consumers and are proud of the impact our products have made on our customers’ lives and the reputation of the Segway brand. We recognise that this decision may come as a disappointment to our strong and loyal following among private owners.”

When the product launched, the head of Segway said it “will be to the car what the car was to the horse and buggy”. But almost immediately, those predictions gave way to ridicule. Time magazine named it one of the top 10 biggest tech failures of the decade, citing its inflated price point ($5,000 to $7,000) and its confusing classification as a road vehicle requiring licensing in some countries.

The Segway was a common sight at malls and airports, used by law enforcement or security guards. It was also often seen transporting herds of tourists around certain cities. But the company always struggled to find customers. Faced with dwindling revenue, Segway ended up being sold off twice to investors, once in 2009 and then again in 2013. The first, British investor, Jimi Heselden, died in an ironic, tragic Segway crash in 2010, and the second, Summit Strategic Investments, intended to ”refocus” Segway over several years, but that project was never completed.

In 2015, Segway was acquired by Ninebot, the Chinese rival that Segway previously accused of copying its signature scooter. Since then, the company has grown to become the predominant supplier of e-scooters to the burgeoning shared scooter industry. And it continues to develop new, self-balancing vehicles, like the egg-shaped S-pod that debuted at this year’s CES.

Last modified on 25 June 2020
Rate this item
(1 Vote)
Tagged under
More in this category: « Mercedes-Benz partners with Nvidia for next-gen self-driving vehicles Tesla Model S may have faulty memory »
back to top