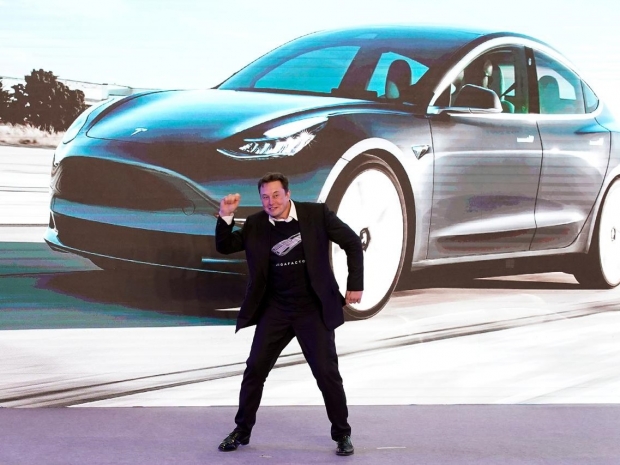 Tesla alleges that four of its former workers took highly sensitive proprietary information as they left to work for the rival EV startup Rivian.

Tesla claims Rivian is "knowingly encouraging" these antics, and it is seeking unspecified punitive damages for what it alleges is "despicable, wanton, oppressive, willful, malicious, [and] duplicitous" conduct.

Rivian calls the allegations "baseless". The lawsuit, filed late last week, names four former Tesla employees and Rivian as defendants, though Tesla says it has identified additional people who may have also stolen and brought confidential company information to the EV startup.

Tesla says two of the named defendants admitted to taking confidential information. One is Tami Pascale, who was a senior manager in Tesla's staffing department. Tesla says that one day after Pascale signed Rivian's offer letter, she "took at least ten confidential and proprietary documents from Tesla's network" including candidate lists, information about where the automaker finds potential hires, and a "detailed internal write-up of an executive level candidate.

Tesla says Pascale initially denied this when confronted by the company's investigative team in early July, but that she ultimately "confessed to taking the confidential and proprietary documents". Pascale allegedly did not agree to delete the files, though, and the company claims she still has her work laptop. Tesla says she shared the screen of her phone with one of the company's investigators, and that when she was asked to search for the company's name, "numerous files" were visible, but Pascale "abruptly ended the session."

Jessica Siron, who was a manager in Tesla's environmental, health, and safety department, allegedly sent documents to her personal Gmail account three days after signing an offer letter from Rivian. Tesla claims Siron initially denied doing this when confronted by its investigative team, but that she admitted to sending one document when pressed. Tesla's complaint is light on details about Rivian's knowledge or encouragement of any wrongdoing, save for the case of Kim Wong, who was a staff recruiter at Tesla up until just a few weeks ago.

Tesla claims Wong was contacted by a Rivian hiring manager who told her "Rivian did not have the recruiting templates, structures, formulas, or documents that would be needed" to grow the startup's recruiting efforts, according to the complaint. The same day as that conversation, Tesla says Wong sent "at least sixteen highly confidential recruiting documents from Tesla's network to her Gmail account," including confidential Powerpoint presentations that contained details about the automaker's recruiting and hiring process, as well as salary information.

Rivian's associate general counsel, according to Tesla, took a "cavalier attitude" toward the accusations and "claimed that taking confidential information was common in the industry". Rivian told The Verge it talked about the accusation with Tesla and then found itself misquoted. "This document misrepresents a conversation between counsel", the spokesperson said.

Tesla says in the lawsuit that it was able to figure all this out because its investigative team "recently acquired sophisticated electronic security monitoring tools".