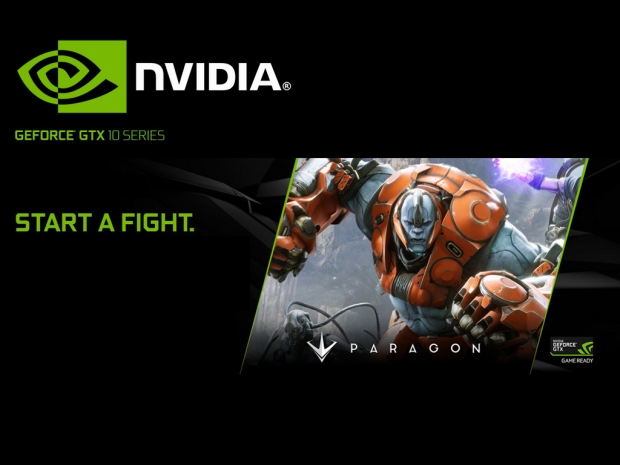 US $115 worth of Paragon goodies

In order to give a bonus to those that decide to purchase Nvidia's latest Pascal-based GPUs, Nvidia has unveiled its newest Paragon game ready bundle, which gives US $115 worth of goodies for this Free-to-Play MOBA game from Epic Games.

As you probably know, Epic Games' Paragon is a third-person free-to-play MOBA game that  entered the open beta phase earlier this month and offers some impressive graphics as well as cross-play between PC and Playstation 4.

The bundle will be available in North America, Europe, Middle East, Africa, Asia and India territories and will run from August 23rd until September 19th, or while supplies last.

It will be available from select retailers/e-tailers as well as system builders so be sure to check out the list at Nvidia's website.