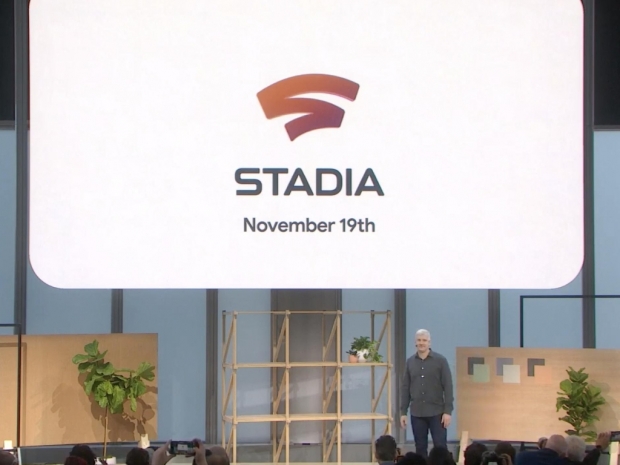 Pre-orders to ship out soon

Google has officially announced that Stadia, its own game streaming platform, will launch on November 19th, while pre-orders of Founder's Edition and Premiere Edition will start shipping soon.

The launch date was revealed at the Google Pixel 4 event yesterday, and Google was keen to note that pre-orders of Founder's Edition and Premiere Edition will ship at the same time, in the order they were received.

In case you missed it, both the Founder's Edition and the Premiere Edition ship with the Stadia Controller and Chromecast Ultra, as well as including three months of Stadia Pro and Destiny 2: The Collection game. Those subscribed to Stadia Pro will also have access to a list of free games and it will cost $9.99/month.

The Stadia Pro will get you up to 4K resolution at 60FPS, 5.1 surround sound, an ability to buy games whenever you want, regular free games, and discounts on select games. There is also the Stadia Base, which will launch next year, and while it is free, it will offer up to 1080p resolution at 60 FPS, stereo sound, but will lack free games and discounts.

The Google Stadia Founder's Edition is still up for pre-order at $129 and will get you three months of free Stadia Pro subscription, Founder's badge, Buddy Pass, and Stadia Name, alongside the controller and Chromecast Ultra.

You can check out more details as well as the full list of free games over at Google's Stadia page.

Last modified on 16 October 2019
Rate this item
(0 votes)
Tagged under
More in this category: « Internet Archive releases thousands of MS-DOS games EA hints at possible Steam comeback »
back to top