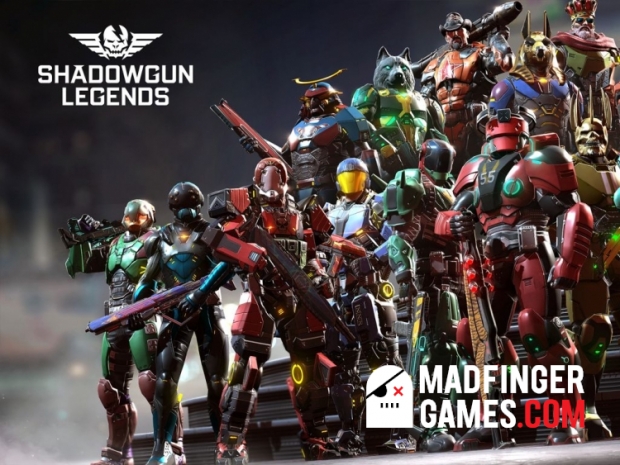 Qualcomm's latest announced regarding new Snapdragon Elite Gaming features has certainly got our attention but we wanted to hear an opinion from one of the mobile game developers, MADFINGER Games.

In case you missed it, Qualcomm announced some impressive new Snapdragon Elite Gaming features during its annual Snapdragon technology summit in Hawaii, which included desktop-level features, 144Hz support, and updateable GPU graphics. While most of these high-end features, that were detailed at the event by Qualcomm's Todd LeMoine, Principal Engineer for Gaming, will only be available for Qualcomm's flagship Snapdragon 865 SoC and the Adreno 650 GPU, it simply won't matter unless game developers get on board.

Qualcomm already worked closely with some developers, bringing 90Hz gaming mode and 10-bit HDR support for PUBG Mobile, and 120Hz support for Tencent's popular QQ Speed game. Qualcomm also announced its own Game Color Plus feature, which enhances visual fidelity of all games, without the need for any changes to the game code.

The biggest announcement for Snapdragon Elite Gaming at the event was a set of desktop-level features which are also one of the world's first moments in mobile gaming, including desktop forward rendering with Depth of Field, Dynamic Lights, Dynamic Shadows, Motion Blur, and Planar Reflections, as well as updateable GPU drivers, directly from the Google Play Store.

We reached out to MADFINGER Games, the developer behind Shadowgun Legends for Android iOS, Monzo, which was available for Android and iOS as well as Oculus VR as Monzo VR, Unkilled (Android and iOS), Dead Trigger 2 (Android, iOS and Facebook), and the upcoming Shadowgun War Games, an upcoming 5v5 mobile FPS game.

Shadowgun Legends has launched back in spring 2018, and the game got nothing but praise, scoring the Best Mobile Game award from Gamescom back in 2018, and Google Play Award Winner in 2019, as well as nice reviews from the press. The game has become "the benchmark for high-end graphics on mobile devices", as it managed to bring some exciting graphics details to mobile gaming and pushed some of the 2018 high-end devices to their knees. Of course, with smartphones like ROG Phone II, things have changed a bit, and hopefully, we'll see how far MADFINGERS can push mobile gaming graphics after the release of Shadowgun War Games, a multiplayer spinoff coming in early 2020.

Luciano Alibrandi, COO at MADFINGER Games was more than happy to give us his own comment on Qualcomm's Snapdragon Gaming Elite push and some of those features, and as you can read below, things like 144Hz, HDR support, and 5G speeds and low latency, as well as "downloadable GPU drivers" have piqued their interest as mobile developer.

"Here at MADFINGER Games, we are closely following the evolution of mobile hardware. As creators of mobile games, we heavily rely on CPU and GPU performance, power efficiency, and always-on Internet connectivity. Faster and more efficient CPUs and GPUs enable us to enhance the overall gaming experience with smooth FPS and higher-quality graphics.

Today, our games can run at 120Hz on devices like the ASUS ROG Phone II. Faster refresh rates not only provide a super smooth gaming experience but also give gamers a more precise way to control their character and target their opponents. Qualcomm's announcement of the GPU and battery being improved by 25%, plus the addition of 144Hz refresh rate and support for HDR displays is definitely something we are extremely happy with. Our goal is to make mobile games look indistinguishable from console ones.

Titles like Shadowgun Legends and our upcoming Shadowgun War Games require an always-on Internet connection. 5G will bring super-fast Internet speeds and low latency, which will enable our games to be played at their fullest potential, anywhere and without worrying too much about the battery getting drained. We are intrigued by the idea of “downloadable GPU drivers” which is a norm on the PC side but very new on mobile. GPU performance keeps increasing with new driver releases, and having that same feature on a phone will be a pleasant surprise for our gamers.

We are very happy to see how Qualcomm keeps pushing the capabilities of mobile devices even further. Their innovations give us the opportunity to make our games even better."

MADFINGER Games was keen to mention its upcoming Shadowgun War Games multiplayer spinoff, and you can pre-register for the game over at the official site.