AYA Neo Next shown off 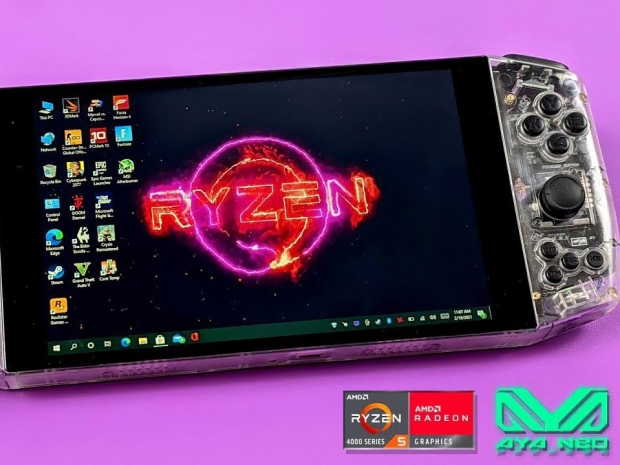 Details of the new AYA Neo Next is a handheld gaming PC have been released.

With a seven-inch IPS touchscreen display surrounded by game controllers, the Neo Next looks like the original AYA Neo which shipped last year with AMD Ryzen 4000U processor options.

Under the bonnet of this version is the AMD Ryzen 7 5800U processor featuring Radeon Vega graphics, up to 32GB of LPDDR4x RAM, and up to 2TB of PCIe NVMe storage.

The controllers have been redesigned with a fingerprint sensor to the power button and added support for WiFi 6E and Bluetooth 5.2. The new joysticks are user replaceable. And there’s an improved vibration motor for better haptic feedback.

AYA’s 2022 models will also be the first handheld gaming PCs available with up to 32GB of RAM. The company says there will be four different pricing/configuration options available at launch: