EVGA, K|NGP|N and TiN break a few records with GTX 980

The GM204 Maxwell goes great with some LN2

We already knew that the GM204 Maxwell-based Geforce GTX 980 and the Geforce GTX 970 will have a decent overclocking potential but running the GPU at 2050MHz, or breaking the 9000-point barier in 3DMark Fire Strike Extreme benchmark was definitely not something that we have expected. K|NGP|N and TiN were quite eager to get their hands on the GTX 980 and EVGA was kind enough to let them have some fun.

Vince “K|NGP|N” Lucido and Illya “TiN” Tsemenko are well known names in both the overclocking community and the PC hardware world and giving those two guys a graphics card with great overclocking potential, like the EVGA GTX 980, pair it up with good EVGA X99 FTW motherboard and SuperNOVA 1600W PSU as well as give them an endless supply of LN2, can only result with record breaking overclocking feat.

“The Maxwell GPU in the EVGA GeForce GTX 980 is an overclocking monster,” said Vince “K|NGP|N” Lucido. “There is a ton of headroom on the GPU and memory clocks, and performance scaling is some of the highest I have ever seen. Internally we have hit the highest clocks ever achieved on a GPU.”

“The power efficiency of the new GPUs allow for higher overclocking with lower power consumption, even on air cooling,” said Illya “TiN” Tsemenko. “The fact that it is not so demanding on power consumption, allows you to achieve clockspeeds that were not possible before on a reference power design.”

We are quite sure that we will see even higher overclocking results now that the GM204 Maxwell based Geforce GTX 980 and GTX 970 are officially launched and it will surely be interesting to keep an eye on 3DMark overclocking record list. 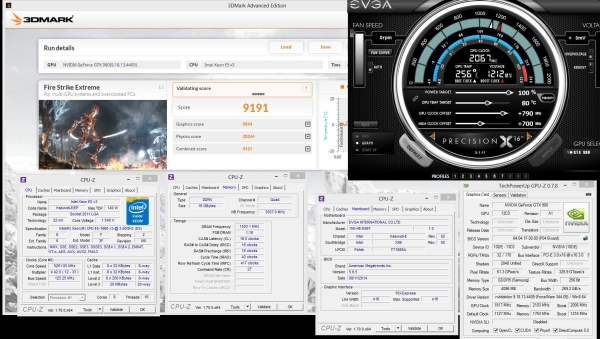 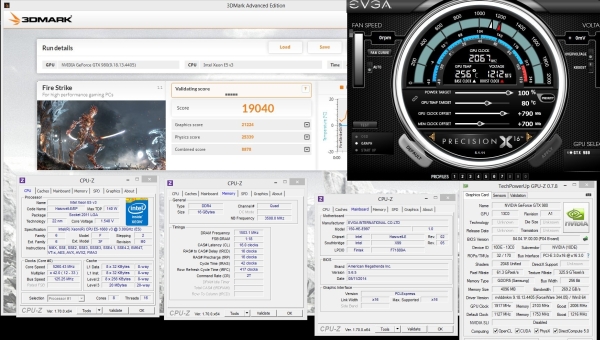