One of the most anticipated games of the year has launched. Call of Duty: Advanced Warfare is available as of yesterday. This is a 50GB download and what we can say is that the game looks amazing.

Now, if you have a Geforce card and you want to play the game, we should warn you that the Geforce 344.48 driver had some hiccups when combined with GeForce Experience. If you would simply optimize the game, you would get some stuttering. You would have to tweak the settings down to make the game playable.

Nvidia has addressed the issue with the 344.60 WHQL driver and now the hiccups and stuttering are gone, the game is smooth. You should get this driver if you have an Nvidia card and in case you are running a 64-bit version of Windows it is a 291.85MB download. 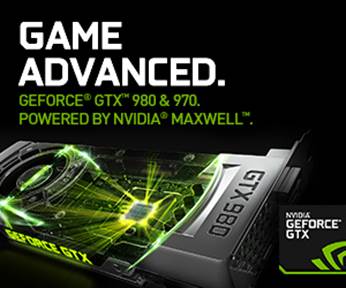 Call of Duty: Advanced Warfare takes a long time to load levels, especially if it isn’t installed on an SSD. Since the game is a whopping 50GB many people cannot spare that much space on their SSDs and many will be forced to try it out on the HDD. We had to and we can report it took about two minutes to load a level. The fact that you cannot skip the cut scenes doesn’t help, either. The graphics look amazing, among the best we ever saw and the soldiers and animations are really lifelike.

Having Kevin Spacey in the game is also nice, as he can go from normal to psycho in 2.6 seconds. Using Hollywood star power in AAA games is not a new approach, but with ever increasing budgets we can only assume that many tier one titles in 2015 will feature big names from the silver screen.

Needless to say, Kevin Spacey is great at playing a corrupt corporate boss and from a geek perspective he is rendered quite well.