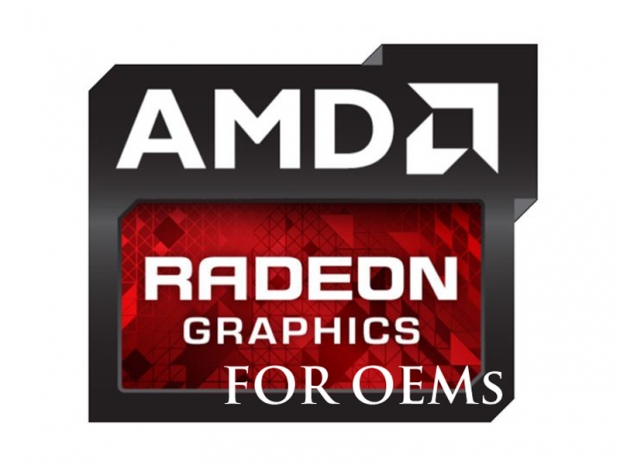 Rebrands all across the lineup

AMD has now officially launched a complete line of Radeon R300 series desktop graphics cards for OEMs, including R9, R7 and R5 series, all of which are rebrands of existing R200 series graphics card with slightly higher clocks.

The flagship of the OEM lineup is the Radeon R9 380 OEM which is pretty much a rebrand of the R9 285 consumer desktop graphics card. Based on AMD's Tonga GPU with 1792 Stream Processors, 112 TMUs and 32 ROPs, it will work at up to 918MHz for the GPU and pack up to 4GB of GDDR5 memory clocked at 5.5GHz and paired up with a 256-bit memory interface. This is also the only GCN 1.2 based GPU in the OEM lineup.

The next in the R9 300 OEM lineup is the R9 370 OEM which is based on a well known Pitcairn GPU, or to be precise a cut-down version also known as the Pitcairn Pro. It is pretty much a version of R7 265 graphics card in the consumer market, packs 1024 Stream Processors, 64 TMUs and 32 ROPs. It comes with 2 or 4GB of GDDR5 memory paired up with a 256-bit memory interface and will end up clocked at up to 975MHz for the GPU and 5.6GHz for memory. Since it is based on AMD's GCN 1.0 architecture, it lacks support for 4K H.264 decoding, power management technology as well as lacks Freesync technology.

The last in the R9 300 OEM lineup is the R9 360 OEM, based on Bonaire Pro GPU with 768 Stream Processors, 48 TMUs and 16 ROPs. This one will pack 2GB of GDDR5 memory paired up with a 128-bit memory interface and is pretty much a version of previous R9 260 OEM graphics card. The GPU will be clocked at up to 1050MHz while memory should end up at 5.6GHz. In case you don't remember, Bonaire GPU is based on AMD GCN 1.1 architecture.

It is quite interesting that AMD did not announce R9 390 OEM, which might be reserved for some new GPU, rather than these rebrands so some of those OEMs could also get some new GPUs as well. These rebrands for OEM market are not a big surprise as it is something that both Nvidia and AMD did before.

These new graphics cards will most likely be found in most upcoming back-to-school desktop systems. 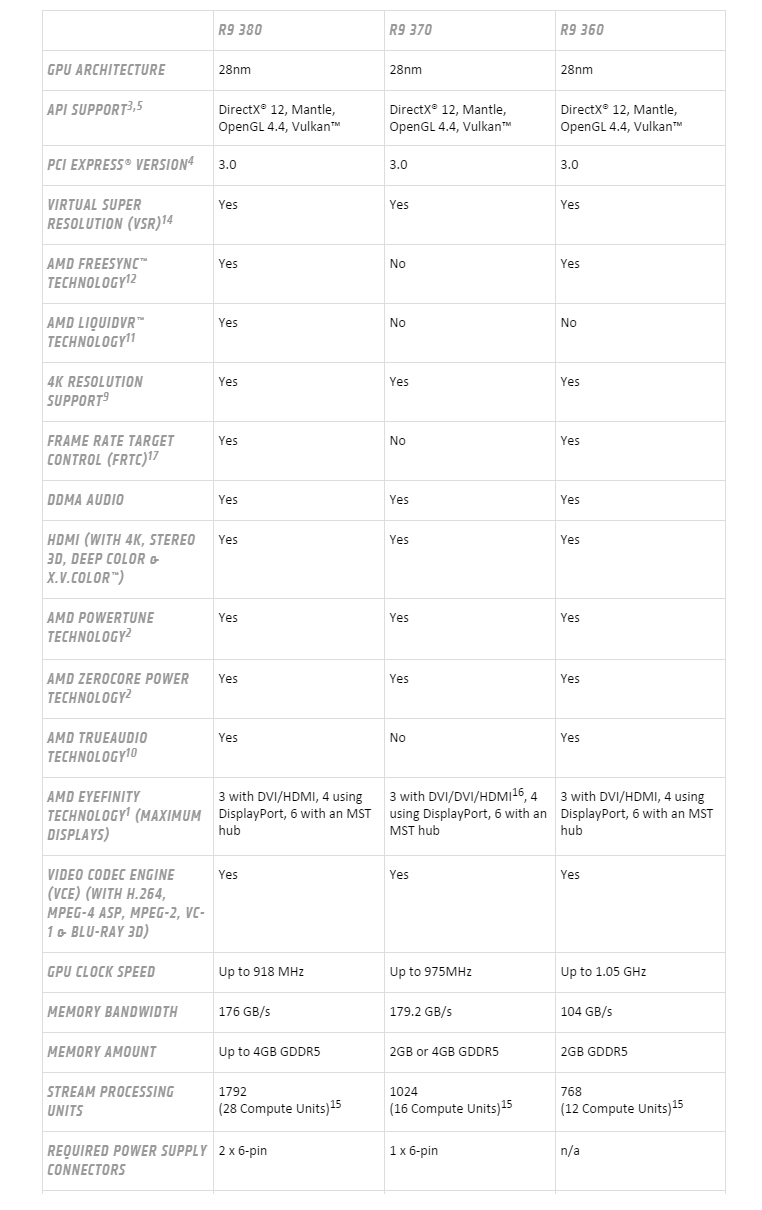 Rate this item
(11 votes)
Tagged under