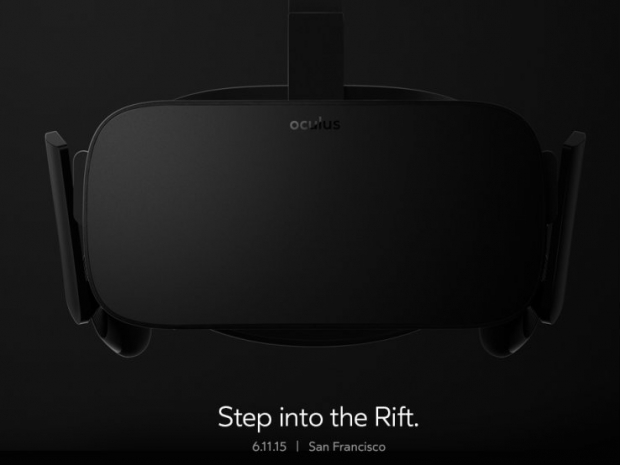 Oculus has already showed rendered pictures of the next Rift and the company even talked about a possible launch date in early 2016.

The pressure should be coming from HTC – Valve Re Vive that generally got good reviews from everyone that tried it at the Games Developers Conference, or Mobile World Congress back in March.

Oculus is expected to show its consumer ready version of the VR glasses and it looks like the company plans to spend the next six months on polishing drivers and manufacturing the devices. It needs a lot of GPU power probably as much as you can spear and it wont play well with GPUs slower than Radeon R9 290 or Geforce GTX 970.

Sony is also preparing its Project Morpheus that is supposed to launch in 2016, and obviously it works with the PlayStation console. We expect that all of the companies above have big plans to public demos of the VR products. They won't be cheap at least according to our sources they will all cost as much as a high end graphics card.

We definitely see Virtual Reality as a nice trend that can push computer gaming forward, but we still believe that it will take a lot of convincing to get consumers to buy the first generation devices.

Every single demo we tried is a few minutes long and we still wonder what would happen after hours of gaming on any of the above VR glasses. From what we can tell from earlier Oculus prototypes you would probably end up sick when gaming for more than a few minutes, at least we did, but let's hope that Oculus CV1 consumer version can do things better than its predecessors.