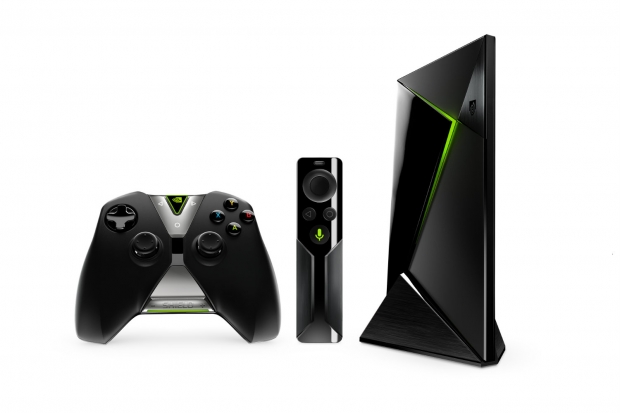 We expected this product in May and since we're still in the last days of May 2015, Nvidia didn’t fail to deliver on its promise. The vanilla version comes with 16GB storage for $199, while Shield Android TV Pro features 500GB of storage and sells for $299.

Nvidia has some quite bold statement, including that its Shield Android TV is 34 times faster than Apple TV and that it is some eight times faster than Android Fire TV. It comes with much better specs that the Fire TV, too. It is not a big surprise, as it cost twice the money and Shield doesn’t come with a voice operated remote out of the box.

Shield is set to redefine your TV experience running and Android TV on a very powerful Tegra X1 chip. Tegra X1 was previously codenamed Erista, the son of Logan if you will. This is an octa core chip with four A57 cores and four A53 cores, along with Maxwell graphics with 256 cores, as well as LPDDR4 support.

The $199 Shield Android TV console comes with 16GB storage, support for 4K TV including Netflix 4K, high speed HDMI cable, shield controller, Voice search, micro SD card storage, USB 3.0, Gigabit Ethernet, 802.11ac wireless, 90 days of Google Play Music subscription, and a $30 Google Play Gift card. This one will sell for $199 as long as you are in US or Canada. It will launch in other territories, but at a later date. 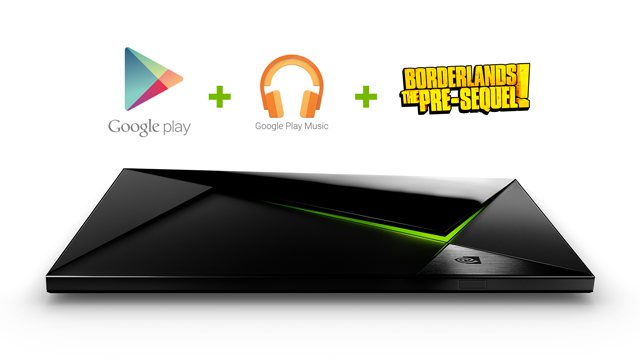 The Shield Pro will have all of the above features with 500GB storage and Borderlands: The Pre-Sequel! Game bundled. Both consoles support HDMI 2.0. The sad part is that accessories won't be cheap. Nvidia sells the remote control with voice search for $49.99, a stand for $29.99 and additional controllers for $59.99 each.

Android TV will bring some cool apps including Netflix HD, Pluto TV, YouTube and UltraFlix. Sling TV will let you play your personal 4K videos and high resolution photos. HBO Now, the Fox and CBS apps are coming too.

The Shield Android TV box includes support for Nvidia Grid streaming service that worked quite well on Shield tablet and it supports NVIDIA GameStream, too. This means that your Geforce powered PC will be able to stream games in 720p or 1080p resolution to your living room TV.

When we tested Tegra X1 back in January we saw some great benchmark scores. It is a nice console for the living room, for a nice smart TV experience and casual gaming, but it is not the smallest or the cheapest thing around.