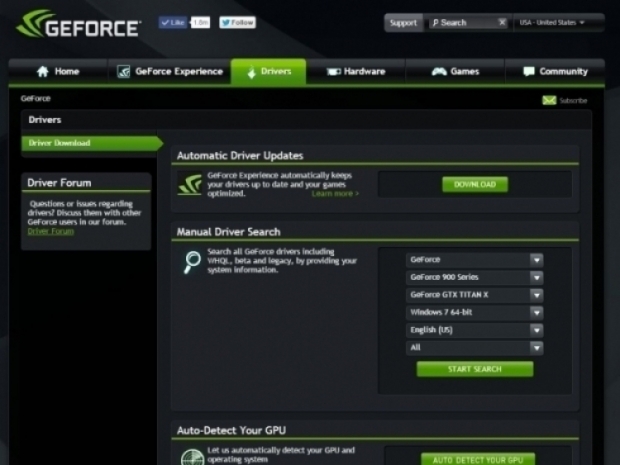 Nvidia has released new Geforce 362.00 WHQL drivers which are also Game Ready drivers and include all performance optimizations for a couple of new games including Gears of War: Ultimate Edition, Far Cry Primal, and the latest expansion for Dying Light, The Following.

According to Nvidia, the new Game Ready driver includes all performance optimizations as well as an SLI profile for Far Cry Primal, best possible experience for Gears of War: Ultimate Edition, which also comes with Nvidia HBAO+ Ambient Occlusion shadowing as well as all the optimizations for Dying Light game, including original game and the latest expansion, The Following, which also uses Nvidia GameWorks Percentage Closer Soft Shadows (PCSS).

There are no new SLI profiles or 3D Vision Profiles included with new drivers, except for the Far Cry Primal, and they do not include any new bug fixes.

As it was the case with all recent Nvidia Geforce drivers, the new Geforce 362.00 WHQL drivers support all Nvidia Geforce graphics cards since Geforce 400 series and are available for Windows Vista, Windows 7, Windows 8/8.1 and Windows 10 operating systems, in both 32-bit and 64-bit versions.