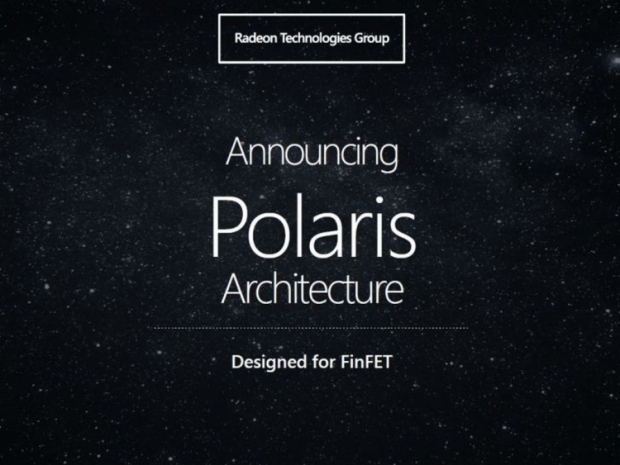 Just a couple of hours ahead of AMD's Polaris Computex 2016 event an alleged Radeon RX 480 slide has found its way online as well as some more information suggesting that the first Polaris-based graphics card could launch with a rather surprising US $199 price tag.

According to the leaked slide spotted at Videocardz.com, the Radeon RX 480, which appears to be the official name of the graphics card based on Polaris 10 GPU, could have up to 5.5 TFLOPS of single-precision compute performance and come with 8GB of GDDR5 memory, paired up with a 256-bit memory interface.

Rumors suggest that the Radeon RX 480 has 2304 Stream Processors while the GPU is clocked at 1200MHz, but you should take them with a grain of salt since this is not mentioned in the slide.

According to the same article, AMD wants to push the starting price of PCs that can deliver VR gaming from US $1000 down to US $799. Further details AMD Polaris GPUs will be certified for VR headsets by both HTC and Oculus, which will significantly lower the cost of VR gaming.

Patrick Moorhead, an analyst at Moor Insights & Strategy said that the US $199 price comes as a surprise and such report certainly caught us off our guard. If this is the case, AMD will certainly have a winner in the mainstream market.

AMD's Computex 2016 event will stream live in a matter of hours so we will know for sure as soon as AMD's top-brass goes on stage. 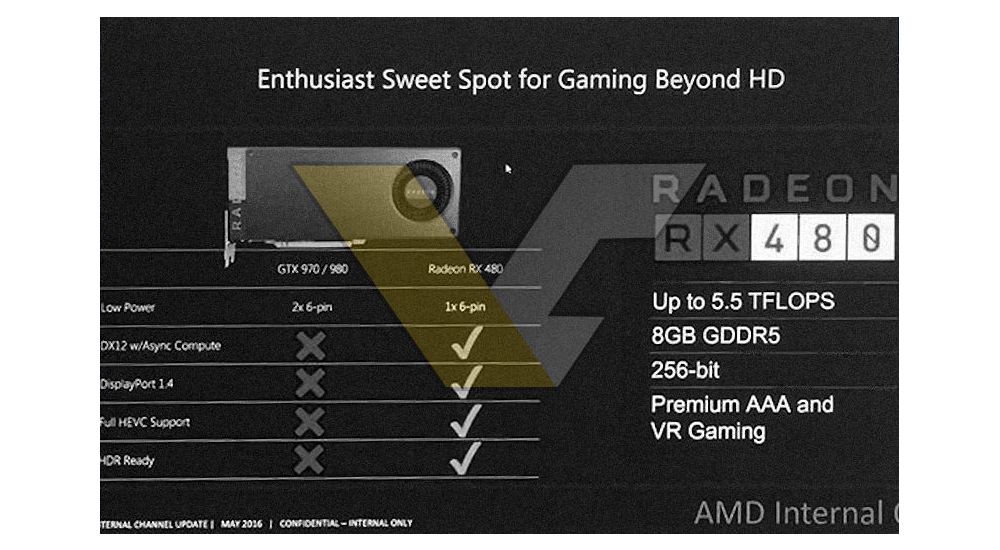 Last modified on 01 June 2016
Rate this item
(7 votes)
Tagged under
More in this category: « EVGA shows custom GTX 1070 cards at Computex 2016 AMD Radeon begins its tenth-generation with Radeon RX 480 »
back to top