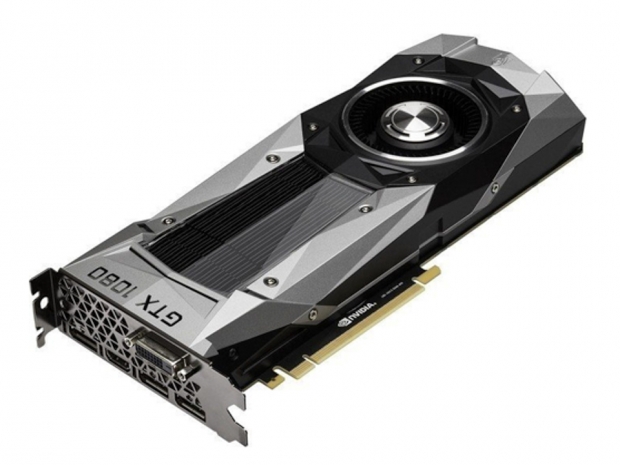 Many of our colleagues were writing about the shortage of Nvidia Geforce GTX 1080 and 1070 cards and they got things mostly right. Our multiple sources close to AIB partners told us that the 1080 is the bestselling high-end card in the history of GPU.

Everyone we talked to, outside of Nvidia of course, has confirmed that Geforce GTX 1080 launch was the biggest volume high end card launch, that was ever deceived by Nvidia at launch date. This got confirmed by both AIB and retail / etail sources and guess what, it all sold out in minutes. The numbers were much bigger than with Geforce GTX 980 or Ti launch, but it still sold within minutes.

If you read the Geforce GTX 1080 reviews, you will see that this is the largest performance delta in years, and that the card eats last year’s flagship Geforce GTX 980 Ti for breakfast. Following launch cards that got sold in minutes, Nvidia is shipping limited volume of cards on a daily basis but it seems that etail and retail guys are fulfilling the pre-orders with these cards.

Both Nvidia and AMD have an SRP, a suggested retail (etail) price but some vendors still decide to go and overcharge for the card. We are sure that there is a penalty mechanism for the ones that overdo it. There are no rules that will prevent you selling your newly acquired card on Ebay for $1000 or even more, and some people are taking advantage of it — even apparently some etailers.

Since AMD’s Radeon Fury X is not a real competitor and the Radeon Pro Duo is too expensive and hard to get, Nvidia is getting the most attention and is selling like hot cakes. The best comparion is like trying to buy an unlocked iPhone at the day of launch, it takes at least a few weeks to get your hands on it as Apple cannot fulfill the demand at launch. 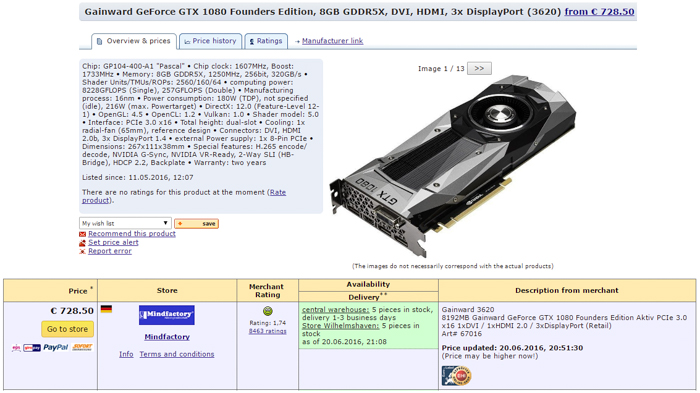 The cheapest card we could find in the German market was the Gainward GeForce GTX 1080 Founders Edition selling for €729 which is actually below the suggested retail price. Still in the end, stores are the ones that are making the money on cards in stock and decide the final price. Nvidia suggested retail price for Geforce GTX 1080 in Europe with tax (€665) for partner card while Nvidia’s Geforce GTX 1080 Founders edition has a MSRP of 789 Euro. In this case, Gainward's card is cheaper from Nvidia's suggested retail price. Some cards are, such as the one from Inno3D, selling at Mindfactory for €780.32 which was the most expensive card listed as available at our favorite price matching website.

The Geforce GTX 1070 is a bit better. There are enough cards available in German market at least that average around €499 with tax with is exactly the suggested retail (etail price). 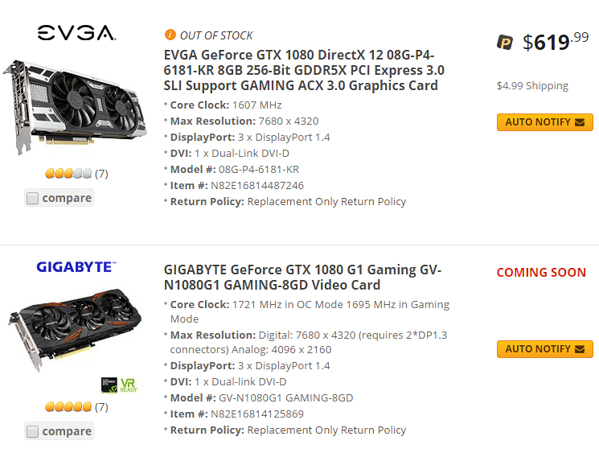 Earlier this month, we did an inventory check on US retailers and etailers who told us that supplies would not pick up until around mid-June. In case you are based in the US, we could not find a single card available at Newegg and EVGA was the least expensive with EVGA GeForce GTX 1080 DirectX 12 08G-P4-6181-KR 8GB 256-Bit GDDR5X PCI Express 3.0 SLI Support GAMING ACX 3.0 Graphics Card listed at $619.99, but not in stock.

Last modified on 20 June 2016
Rate this item
(39 votes)
Tagged under
More in this category: « Couple of Radeon RX 480 graphics cards pictured Some Nvidia AIB parnters caught with higher-clocked review samples »
back to top