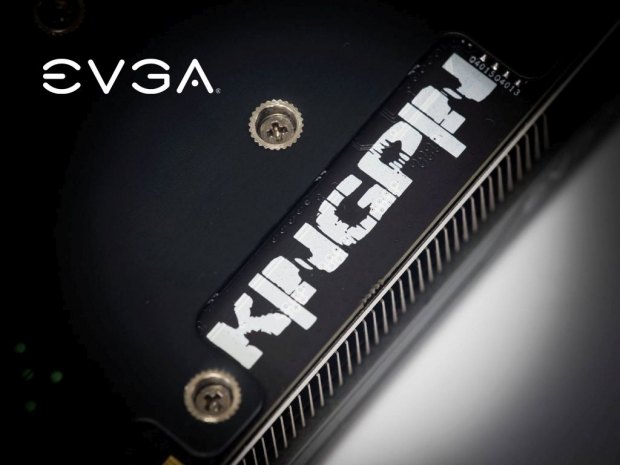 Vince K|NGP|N Lucido has teased the upcoming EVGA GTX 1080 Ti K|NGP|N Edition by pushing the GPU to 2531MHz and hitting a pretty high score in 3DMark.

While K|NGP|N did not specifically name the overclocked graphics card as the GTX 1080 Ti K|NGP|N Edition, the high overclock result published on Vince's Facebook page,  as well as the "the4thiscoming" hashtag, clearly suggest that this will be exactly that, a graphics card made specifically for overclocking.

Calling it the fastest Pascal in the world, K|NGP|N managed to push the GPU to 2531MHz on LN2, getting the highest single-GPU score of 13,425 marks in 3DMark Time Spy benchmark. The memory on the graphics card was running at 6328MHz. The rest of the system included an overclocked Core i7-6950X running on EVGA's X99 Micro2 motherboard as well as 32GB kit of G.Skill's TridentZ series memory.

We are sure that the upcoming EVGA GTX 1080 Ti will have a mean custom PCB with beefy VRM which will probably be powered by three 8-pin PCIe power connectors and will break plenty of overclocking records. 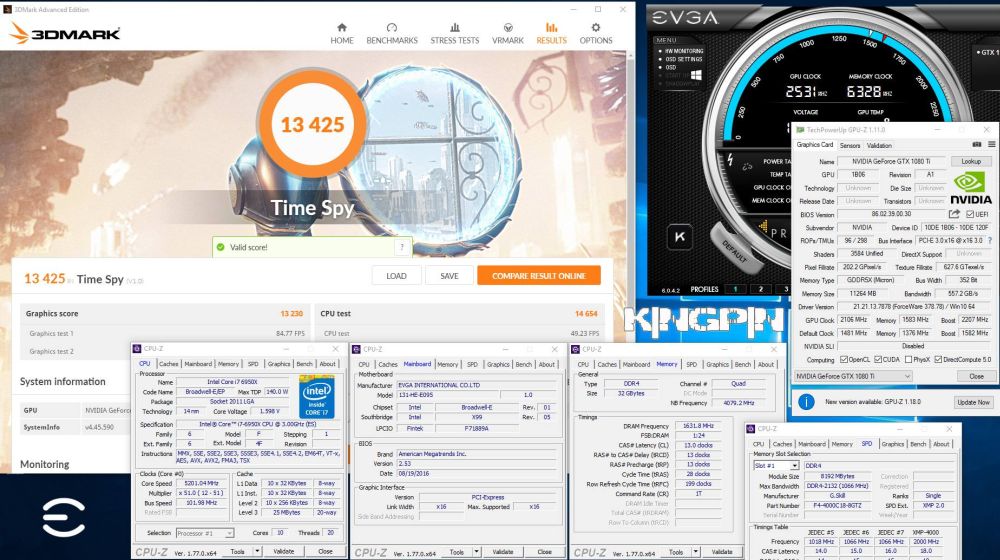