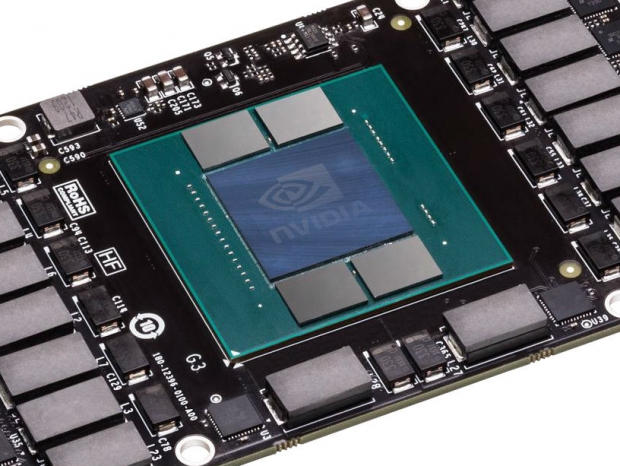 We have been hearing rumors that both Nvidia and AMD will be bringing cryptocurrency dedicated miners to the market and today we have some of the first details regarding Nvidia's version of the GPU mining system.

According to details and pictures leaked by Videocardz.com, the Nvidia GPU Mining System is a stand-alone system equipped with eight graphics cards based on GP106-100 GPUs, Celeron Mobile CPU, 4GB of DDR3 RAM and a 64GB mSATA SSD.

The picture provides some details regarding the Hash Rate as it can achieve ZEC 2500Sol/s at 1050W and XRM with around 4400H/s at 700W. Nvidia was quite keen to compare its GPU Mining System with a DIY machine based on six Radeon RX 470 graphics cards, stating that it both wastes a lot of power on the CPU side as well as needs individual coolers.

AMD is also working on either a dedicated graphics card for mining or a similar station as this is a lucrative market for both companies. 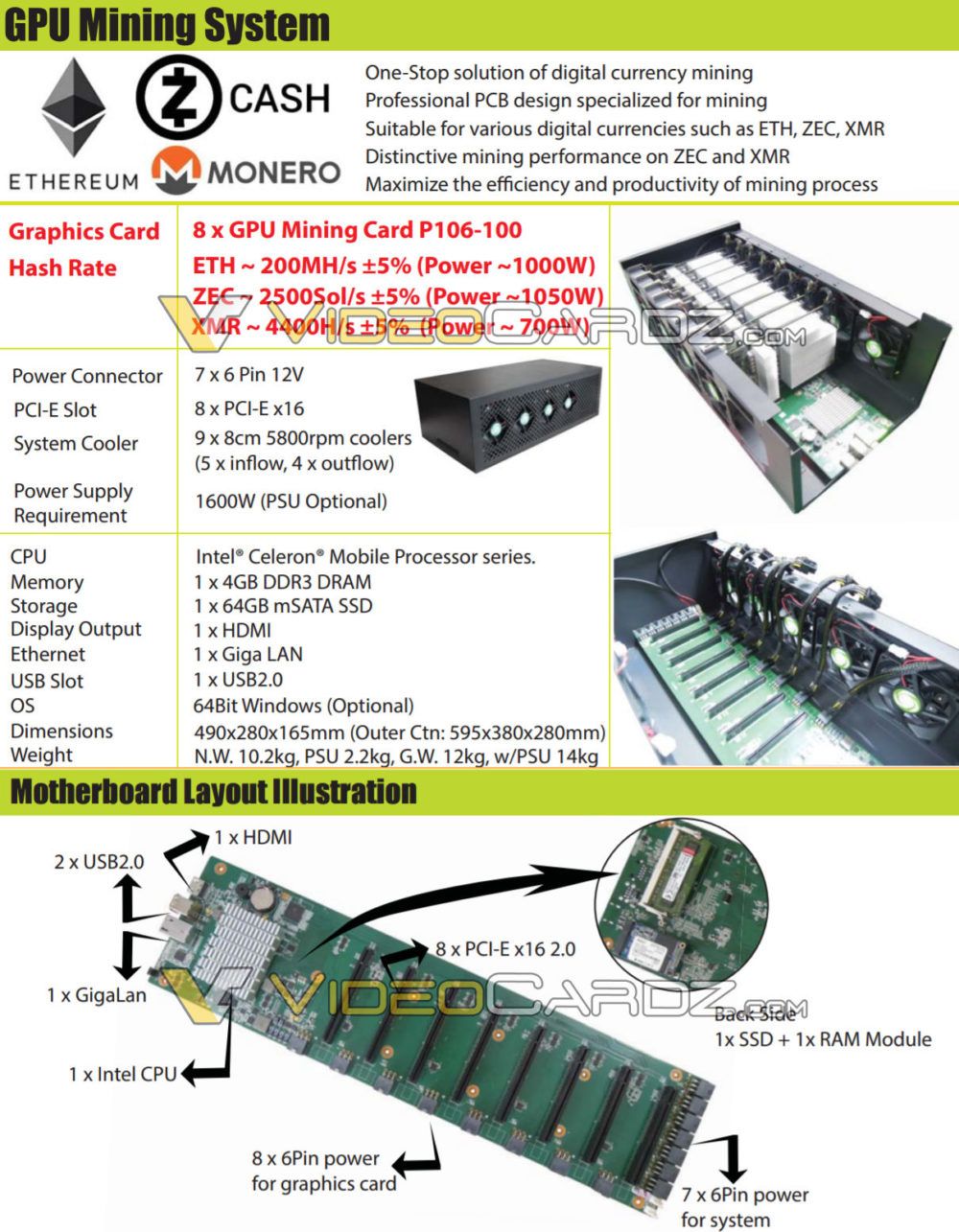 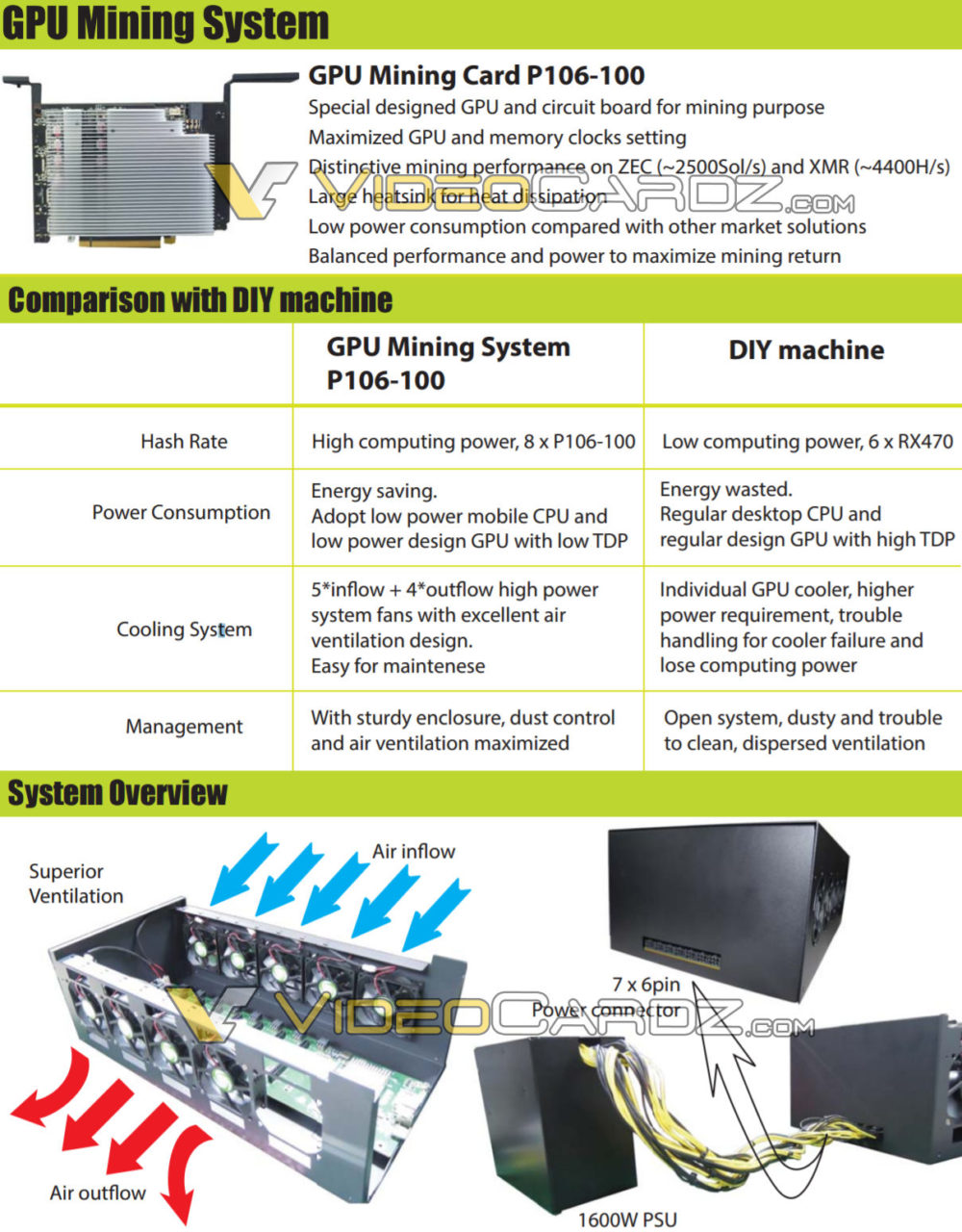